This week our Akiva mensches will enjoy Friday’s Purim Carnival – both as helpers (Grade 6) and as participants (the rest of the students). Each student will sign this pledge to show they know how to apply the Derech Eretz principles that we promote in the school. Akiva School, it’s time to #getyourmenschon! 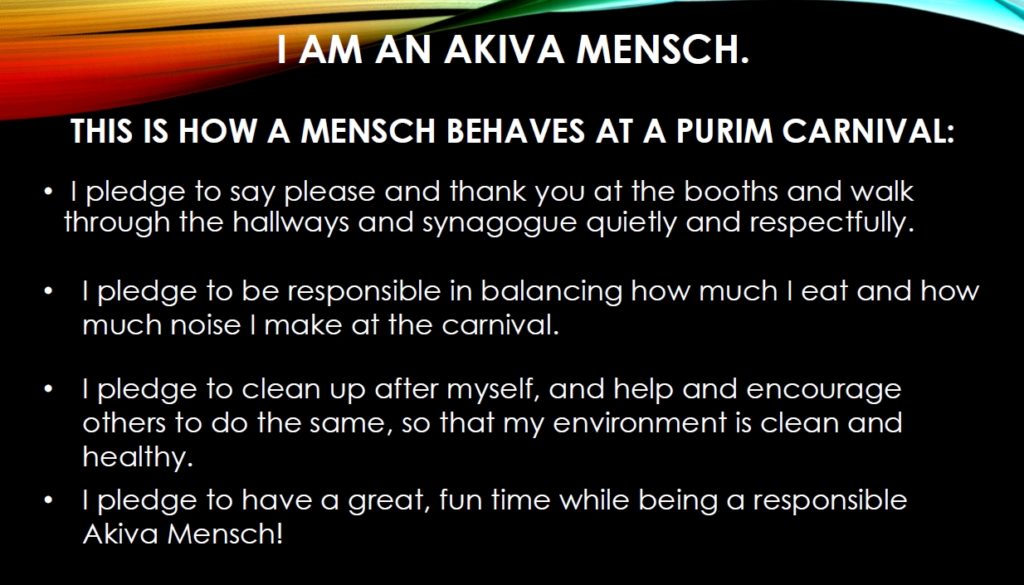 Where is the holiday of Purim from?

What does the holiday celebrate?

What does the word Purim mean?

What are the requirements of the holiday?

What are the customs of the holiday?