Bilingualism as a Jewish Value

The story of Jacob’s life, which continues in this week’s Torah reading, is a swashbuckling adventure.  From his theft of Esau’s birthright and blessing, the tale continues with Jacob’s furtive escape from his vengeful and murderous brother, his dream about a stairway to heaven, the machinations of his trickster father-in-law, and Jacob’s marriage to two sisters.  With all of this action, it would be easy to miss a small but significant detail: this is the only bilingual story in the Torah.

When Jacob is confronted for the last time by his scheming father-in-law Laban, the two decide to enter into a type of peace-treaty.  To mark this pact, they assemble a pile of stones.  The Torah tells us (Genesis 31:46-47) “They took stones and piled them in a mound… Laban called it Yegar Sahadutha, and Jacob called it Gal-Ed.”  The word Yegar Sahadutha is Aramaic, and the word Gal-Ed is Hebrew.  Both mean the same thing: Mound of Witness, that is, a mound that is a witness to the treaty.  And while other stories in the Torah speak about multilingualism (such as the Tower of Babel), this is the only time non-Hebrew words are actually quoted in the Pentateuchal text.

The fact that Laban spoke in his native language of Aramaic, and Jacob in his mother-tongue of Hebrew, adds nothing to the story.  And yet the Torah found it important to note that this was a bilingual exchange. 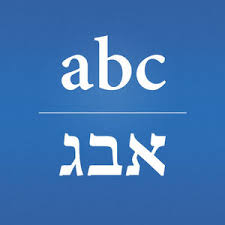 Perhaps this foreshadows the reality that the Jews, from the time of Jacob forward, would always be a bilingual people.  When Jacob and his family descended to Egypt, they spoke both Hebrew and Egyptian, preserving their own language while utilizing the language of the Land of Pharaoh.  Bilingualism was the rule throughout the thousands of years of the Jewish Diaspora when we both communicated in the language of our host countries—Spanish, Italian, German, Arabic—and simultaneously in our own Jewish languages—Hebrew, Ladino, and Yiddish. 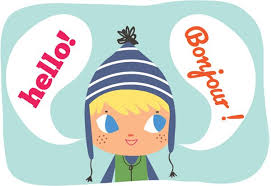 Living in Quebec, we are acutely sensitive to bilingualism.  But the Jewish people have understood the importance and advantage of multilingualism since we became a nation, 3,500 years ago. It has made us sophisticated thinkers and learners and is one of the keys to our success.  Bilingualism is a Canadian value, an Akiva value, and a Jewish value as well.