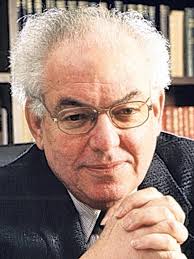 Akiva was founded in 1968 by Rabbi Dr. David Hartman z’l and a group of parents to provide exciting, idealistic Jewish education. This tone was set by David August and strengthened by Dr. Howard Rosenblatt, the first administrators, and it remains a guiding principle.

In 1988, Akiva moved to the school building of the  Shaar HaShomayim,   a warm, inviting  synagogue in a large, greatly improved facility.   Concomitantly, Cooki Levy became Head of School and soon Akiva sustained its largest enrollment increase ever.

In 2002, Akiva accepted two incoming classes, and began the journey to doubling enrolment and increasing opportunities for students and parents by becoming a two-stream school.  The decision to do this was in response to encouragement from many members of the Jewish community for increased access to the Akiva experience and, within the existing Akiva community, to share that experience with more families. That expansion was completed in 2009  with 350 students in grades K – 6 .

Akiva’s founders wanted all families, regardless of their place on the spectrum of Jewish observance, to be comfortable and able to grow Jewishly in Akiva’s respectful, stimulating environment. Their original vision remains fresh and will serve Akiva well into the twenty-first century. Home to a growing student population and, as always, an outstanding staff, Akiva is a premier Canadian school.