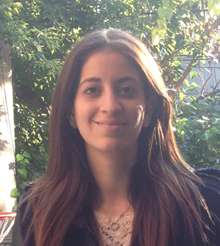 1. How did Akiva prepare you for high school?

I was well prepared academically for high school. It would never have occurred to me that I wouldn’t be. It was a faith that was not misplaced. I- and I venture to say, the great majority of my Akiva friends- were able to hold our own in English, French, Math and Science.  In fact, it would be a long, long time before I would stop secretly thanking my teachers for the dictées (the blight of my elementary school years) and homework I loved to complain about. More, it is with great pride that I can report that I remember almost everything learned for my Bible contest: Jewish studies were not wasting studies. I was surprised to discover, in my CEGEP course on Western civilization that Jewish history IS world history. I, unlike my poor classmates who had not had the benefit of an Akiva education, was well prepared.

2.  What was the most important thing that you learned from your experience at Akiva?

Nothing epitomizes Akiva like the gymnastics show. All can participate, all work hard, all have the confidence that, ultimately, all will succeed. It is with Akiva gymnastics that I learned my most valuable lesson. When I was in grade 4, I decided, on the strength of one particularly acclaimed gymnastics show, that I wanted to be accepted into the Elite gymnastics group at Gadbois. I was not, to put it kindly, a natural gymnast. Many snickered privately, a few scoffed publicly. Nick did not. Without blinking, he encouraged me to join the club. He praised, gave advice, and let me try and try again. It is the Akiva way. One year later, I became part of the Elite competitive group. I would eventually become one of the 14 gymnasts competing in the Quebec Provincial competition. The confidence to go after a goal, the discipline to work at it, the assurance that it is OK to fail because then, one can get up and try again were all gifts from my experience at Akiva.

3. What were your fondest memories at Akiva?

My fondest memories at Akiva, unsurprisingly, revolve around Akiva friends. Bound by a common, very special school experience, we formed great ties. Most of us went our separate ways for high school. Some of us went to private French Schools, others to Jewish Schools, others still to public schools. I went to ECS, with just two other Akiva graduates. When, in grade 11, almost all of our Akiva graduating class went on the March of the Living, we were able to pick up almost as if no time had passed at all!

It is not to say that I don’t remember fondly my more academic and non-academic Akiva experiences. As I get older, it is to those that I turn to nostalgically. I remember the Dor le Dor project, the Book Fashion Show and Career day. I remember the gymnastics show, and our school plays. I remember the shofar sounded on the first day of school, and I wish I were back there.

4.  Why should a parent choose to send their child to Akiva?

5.  What was your desired profession when you graduated Akiva?  Where are you at now?

In Grade 5, we had Career Day. I chose, to the surprise of many, to be a fireman (firewoman. Akiva instilled in me the idea that I could do and be anything that I put my mind to.  Of course, I quickly came to the realization that this would not really be a profession of choice for me. The point was that it opened my mind to a variety of options and fields, and made me dream about endless professional opportunities. After Akiva, after high school even, I dreamt of humanitarian work, in the fields of sciences preferably. At the age of 16, I went to Tanzania, then later, to Thailand and Peru. I knew by then that I was interested in Public health and in Research. I received my bachelor of Sciences from McGill, and have been privileged to find a great research project in obstetrics. I am interested in scientific writing. I have recently decided that I’d like to pursue a career in Medicine.  This, I learned in elementary school: education is essential, and paths are interesting and varied.