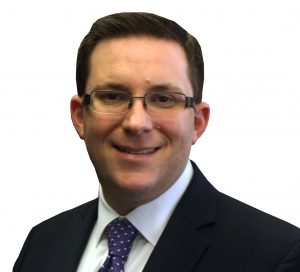 The story of the Garden of Eden, which we read this week in synagogue, certainly ends badly.  The first man and woman disobey the one command of their Creator and are exiled forever from paradise.  For millennia, Jewish (and Christian) commentators have looked to the story of Adam and Eve as the paradigm of Sin and Punishment.  Recited right after the High Holiday season, the narrative serves as a warning to us for the new year, after our annual period of penance.

There is, however, another way to read the story.  Rather than being a tale of crime and consequence, the Eden story can be seen as a story about choice. God has placed the first humans in a situation where all of their needs are met: The Garden of Eden provided humanity with all its necessities, and all that was required of its inhabitants was to “…till it and tend it (Gen. 2:25).” With nothing to worry about, what more could people want?

The answer is found in the following chapters that tell of life East of Eden.  After the expulsion from the garden we are told of the various exploits of the world’s early inhabitants.  We learn that Adam and Eve’s grandson Enoch founded a city; Jabal, another descendent, pioneered animal husbandry, and his brother, Jubal invented musical instruments; their half-brother, Tubal-cain, developed the first copper and iron implements. In leaving Eden, then, humans rejected a life of comfort and opted for a life of creativity.  Since that time, the defining element of the human race has been our capacity for creativity and innovation.

In Eden, humans and animals were nearly indistinguishable. Both were given the capacity to care for their habitat, and were endowed with the skills necessary to survive in nature.  Still today, animals live in a similar fashion to the first humans. Where did Man and Woman get the idea to live a life of inventiveness?  The answer is God—the only other Being to possess the capacity for creativity.  When we begin reading the Torah, we meet God for the first time as He creates the sun and moon, birds and fish, trees and plants. The human desire for a life of creativity is nothing short of our wish to emulate our Creator. Innovation is thus a deeply religious act of Imitatio Dei the Imitation of God.

Judaism is often seen as antithetical to innovation and progress. Religion is rightly seen as a conservative force in society, preserving ancient traditions and laws in an ever-evolving world. At the same time, there have always been rabbis and theologians who have championed the idea of creativity and innovation as a Divine desideratum.  Perhaps the greatest modern advocate for innovation as religious action was the revered Rabbi Joseph Soloveitchik.  His student, Rabbi David Hartman, took Rabbi Soloveitchik’s belief in the religious value of creativity and made it part of the educational vision of the school he founded: Akiva.  Today, 50 years later, creativity and innovation remain at the heart of the Akiva experience.  Akiva is unique in the Jewish educational world in having creativity as part of the fabric of its philosophy from the very beginning. How fitting that we usher in our 50th year with the opening of our Innovation Lab, an incubator to grow and nurture the creativity in our students. In doing so, it will allow all of our children to realize the Divine spirit within them.