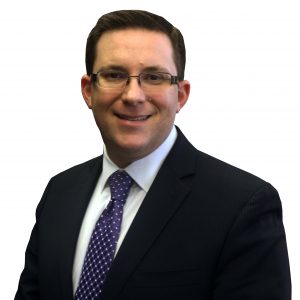 Maimonides divided his Laws of Repentance into precisely ten chapters, perfectly paralleling the Ten Days of Repentance, Aseret Yemei Teshuvah. The common number ten here evokes the ten utterances that God spoke in creating the world (b’asarah ma’amarot nivrah ha’olam), thus connecting the Birthday of the World on Rosh Hashanah with the period of penance that it initiates.

The Laws of Repentance are found in Rambam’s magnum opus, the Mishneh Torah, but their placement within the work is puzzling.  The Mishneh Torah consists of fourteen books, with the Laws of Repentance coming at the very end of the first book, Sefer Madda, the Book of Knowledge.  The Book of Knowledge covers such topics as the philosophical foundations of Judaism and Torah study; the topic of repentance seems like an odd choice to conclude this volume, the theme of which is human understanding.  It would seem to make more sense to place the Laws of Repentance in the second book, the Book of Love, which deals with the rules and regulations of prayer and blessings.  Repentance in Judaism is associated foremost with liturgy—the extensive selichot, prayers and petitions for forgiveness that fill the High Holiday season.  What accounts for Maimonides’ peculiar placement of these regulations?

With its focus on prayer, The Book of Love points towards heaven; study, and the attainment of wisdom discussed in the Book of Knowledge, directs us towards earth.   On a basic level then, Maimonides locates repentance in the terrestrial, not the Divine, realm.  Forgiveness is, first and foremost, about our relationship with the human world and its inhabitants.  Placing the Laws of Repentance in the human sphere is therefore an important corrective to the idea that forgiveness is to be sought primarily from God.  This same message is found, ironically, in the prayers of the High Holidays themselves: In the entire Machzor for Rosh Hashanah and Yom Kippur there is not a single reference to any sin we have committed directly against God. When the Machzor enumerates the myriad offences for which we must seek absolution, they are entirely offenses against friends and family—arrogance, gossip, disrespect, and anger to name a few.  To be sure, our sins against our neighbors are odious to God, which is why we beseech His atonement.  But, as Maimonides himself writes in the Laws of Repentance, asking God for forgiveness is not a substitute for, and only comes after, asking forgiveness of people we have hurt.

There is, however, a deeper message in Maimonides’ choice to locate the Laws of Repentance alongside the laws of knowledge, rather than the laws of prayer.  Prayer is an act of piety, whereas knowledge is a product of learning.  By making repentance a category of knowledge rather than devotion, Rambam suggests that good and proper behaviour are a result of intellectual pursuit. Thinking of repentance as a category of the mind rather than the heart is somewhat counterintuitive: We do not necessarily associate the idea of being smart with the attributes of being good.  Certainly the wicked actions of very smart people in this century and the last have disabused us of the idea of a necessary nexus between intelligence and morality. But Maimonides argues that righteousness is indeed the result of study and not innate disposition or emotion.  This means, therefore, that goodness can be learned.

The idea of goodness as an intellectual pursuit is central to the Jewish approach to ethics.  It is also the reason why Judaism is so radically dedicated to learning and education. Jews have always invested deeply in our children’s education not merely because we believe it will make them smarter, rather it is because we believe it will make them better, kinder, and finer human beings.  Of course there are people who are naturally more virtuous than others, but Judaism avers that virtue can be taught.  And since we can always improve ourselves morally, Jewish learning is a life-long process, a requirement for old and young alike.

There is a custom to read one chapter of Maimonides’ Laws of Repentance every day, on each of the Aseret Yemei Teshuvah. Not only does this minhag make explicit the connection between the ten days and the ten chapters, it also ensures that we enter the season of self-reflection and self-improvement engaged in the very learning that we believe improves our character.  The idea that the self can be bettered through acquiring knowledge and wisdom reflects our optimism that the path to goodness is open to all, as long as we are willing to learn.