Twelfth of an Ongoing Series

Last week we explored Plato’s proposal for compulsory education, the goal of which is to develop in the child a balanced soul that reaches its potential.  Plato called this ideal the Virtuous Soul, from the Greek term for excellence, virtue.  But Plato did not stop there. He believed that a virtuous individual is a simulacrum of a virtuous society, and just as the soul needs all of its elements in harmony, so too, society needs all of its citizens living and working in consonance with each other. 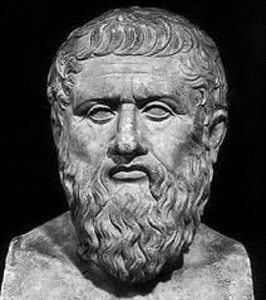 It is remarkable again how much of Plato’s program is found in the philosophy of the Akiva School.  When Rabbi Hartman founded Akiva over fifty years ago, he sought to create an educational institution that celebrated the individual within a cohesive whole.  At Akiva, our curriculum is tailored to the needs of every student, providing a mixture of enrichment, support, and on-level learning that brings out the best in each of our children.  Individualism at Akiva does not mean that we are creating lone wolves, rather, as in Plato’s paradigm, we are nurturing a society of individuals, each of whom contributes in his or her own way to our community, and will, one day, play an integral part in our larger civilization.

Returning to the question, “Why do I have to go to school?” we can say, following Plato, that one of the answers is “…to inculcate in students the shared values we need to create a virtuous and just society.”  This was also the aim of another compulsory educational system in antiquity, the network of Jewish schools established by Rabbi Joshua ben Gamla.

Jewish and gentile sources alike pair the first-century rabbinic sage Joshua ben Gamla with Plato as the pioneers of universal education.  The Talmud (Bava Batra 21a) tells the story of how compulsory schooling was established. Initially, the Talmud explains, everyone was home-schooled, which meant that only children of parents who were learned were granted an education. To remedy this situation, a central academy was established in Jerusalem, but this only opened education further to children whose parents were able or willing to make the trek to the holy city.  The Gemara relates that “this state of affairs continued until Joshua ben Gamla came and instituted an ordinance that schoolhouses should be established in each province and in every town, and they would bring the children in to learn at the age of six and at the age of seven.”  Through the effort and innovation of Rabbi Joshua, universal education was established in much the same form we find it today, beginning in elementary school and continuing through young adulthood and beyond. 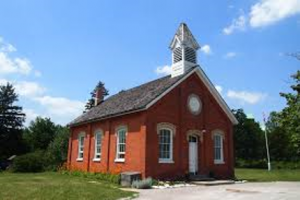 The curriculum of Rabbi Joshua’s schools corresponds to the coursework prescribed by Plato, namely, an education for the soul and the moral education necessary to participate in an honest and upright society.  For Rabbi Joshua and his colleagues, this holistic syllabus was called Torah.  Torah encompasses the religious and ethical teachings of the Bible and the rabbinic tradition.  Torah teaches how to solve interpersonal disputes fairly and equitably, instructs how to treat the underprivileged and indigent, and how to live in a good and Godly fashion.  Rabbi Akiva, Rabbi Joshua’s colleague and contemporary (and namesake of The Akiva School) famously summarized the curriculum which, like Plato’s, nourished the individual soul as well as society at large: “Love your neighbour as yourself,” Rabbi Akiva said, for “this is the fundamental principle of Torah.”

Our rabbis had in common with Plato the belief that virtue is tied to knowledge. Plato learned this from his teacher, Socretes; our rabbis traced this teaching to Hillel, who said, “an uneducated person cannot be pious.” (Pirkei Avot 2:5)  Thus, to the question “Why do I have to go to school?” the fathers of Classical and rabbinic education would have answered, “to gain the knowledge I need to be a virtuous person in a virtuous society.”

Not everyone, however, agrees that virtue can, or should, be taught in our schools.  Next time, we will consider the opinions of the opponents of ethical education.