Second of an ongoing series

There is an elite private school in New England that had a student handbook which, as of the last time I checked, contained only one rule.  Pushing back on the endless injunctions that litter student manuals, the school felt it could reduce all regulations to one simple directive: No Skateboarding Down the Hallway.

This was not a joke; it was taken most seriously by all members of the school community and created an

environment of order and respect. The message conveyed by the skateboarding rule was this: when people are asked to consider their behaviour, even young children understand instinctively what is right, what is wrong, and why. While skateboarding down a hallway can be a great deal of fun, when we reflect upon the activity we understand why it is dangerous and disruptive—and therefore unacceptable—in a school setting.  And so, the leaders of the school argued, there was no need to list any other rule or violation, since they could all be subject to the same logical process.  Why have mandates against cheating, yelling, rudeness, or physical violence, when such actions could be simply subjected to the same inference as the skateboarding statute.

There are many reasons to recommend this approach to school rules.  Apart from providing a shorter and more readable discipline guide, it highlights the fact that it is impossible to list, or even to imagine, every infraction that a student could commit.  More importantly, the one-rule approach fosters a culture where staff and students are in constant conversation, rather than constant conflict.  When schools have rulebooks filled with endless ordinances, the image that comes to mind is Principal Skinner of the Simpsons who famously walks down the halls greeting every student with “Straighten that shirt!  Tie that tie!  Do up those laces!  Pick up that paper!”  Instead, the New England school envisioned an environment where students understood and internalized what it meant to be a well-behaved and respectful pupil and could be guided on the right path by reflective conversation with a teacher or administrator. 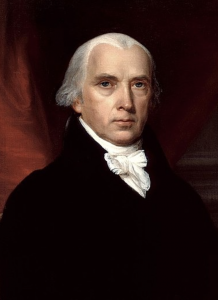 Arguing against this approach are the words of James Madison, “If men were angels, no government would be necessary.”  If we could rely on students to always use good judgment and act virtuously, we would not need even one rule in our handbooks.  Experience has taught us otherwise:  without clear, and, yes, extensive, rules, we cannot depend on children—or adults—to do the right thing.  Rules set boundaries and delineate proper behaviour; societies without laws are lawless, violent and dangerous.  This week’s Torah portion, Ki Teitzei, is famous for having the most commandments of any parasha in the Torah.  In Judaism, this is considered to be a great accolade, for, according to our sages, the more rules, the merrier.  In the famous rabbinic dictum of Rabbi Chanaya ben Akashya, “The Holy One, Blessed be He, wanted to benefit Israel, therefore he multiplied for them the number of instructions and commandments.”  More rules, our rabbis argue, make for better people and a more righteous community.

At the same time, Rabbi Akiva, the namesake of our school, did give a nod to the wonders of the one-rule.  His most famous dictum was, “Love your neighbour as yourself, for this is the major principle of the Torah.” Rabbi Akiva argued that this principle could serve as the one rule from which every other Jewish law could be derived, concurring in essence with the view of the New England school.  However, Rabbi Akiva also formulated countess laws alongside this major principle, showing that he agreed with Madison’s assessment of the importance of detailed legislation for a just society. Great schools, I believe, follow Rabbi Akiva and strike this balance: a finite number of major principles (at Akiva, our 5 Promises), and a more detailed set of specific standards (our Student Handbook).  This offers both a lofty and aspirational approach to student behaviour, and a realistic recognition of the value and utility of rules and regulations. It is the Akiva way.