The value of math

Math is a priority at Akiva because it is important for our students to develop mathematical skill and reasoning that will benefit them throughout their lives.  Over the past years, we have introduced new methodologies and techniques in the teaching of math. We now teach the idea of math as a journey, where the destination—the answer—is merely the stop of many pit-stops along the way. This shifts the focus of math from “getting the right answer” to promoting mathematical thinking.  Using this method inspires open-ended questioning, discussion, and finally deep understanding.

We have also implemented a spiral curriculum, which means that now we introduce more advanced math concepts at a younger age, then “spiral up” by going into more depth each year.  We now focus on real life application and situational problem solving, which adds both joy and practicality to mathematics.

The value of math at Akiva is much more than just educational and utilitarian; it is part of the long history of the Jewish people’s admiration for, and dedication to, mathematics.  In modern times, Jews have won a disproportionate number of awards in mathematics, in percentages far and beyond our small numbers.  A statistic to reflect upon as we commemorate Yom HaShoah today: before the Holocaust, fully one-third of math professors in Germany were Jewish, although Jews at the time were less than one percent of the country’s population.

The Jewish connection to mathematics goes back to the very first commandment given to the Jewish people: the directive to establish a calendar.  In Exodus 12:2, God directs Moses and Aaron to establish the month of Nissan—this month—as the first month of the Jewish calendar.  From that moment, mathematics became instrumental to being Jewish, for keeping a Jewish calendar would involve counting and calculating.  This process reached its apex with Hillel II, the great rabbi of the 4th century C.E., who is credited with using intricate mathematics to establish a perpetual Jewish calendar.  Chazal, the rabbis of the Talmud, made extensive use of mathematics in determining Jewish law, and even proposed an early approximation of Pi based on a verse in the Hebrew Bible and their own computations.

While the Jewish tradition has always venerated mathematics, there is, at the same time, a Jewish anxiety when it comes to counting. The Bible associates counting with Divine curse:  when King David counts the Jewish people in 2 Samuel 24, he brings a pestilence upon the nation.  To this day, it is customary to never enumerate the number of Jews in a room; instead we much use a roundabout way to tally the total people in one place.  (The Torah suggests one such trick:  In Exodus 30, Moses instructs every Israelite to donate a ½ shekel of silver.  In this indirect fashion, by calculating the amount of silver collected, Moses was able to enumerate the Israelites without directly counting them.) 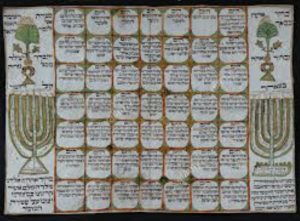 Traditional calendar: Counting of the Omer

We are now in the period of the Jewish calendar called Sefirat HaOmer, or the Counting of the Omer.  We count the days between Passover and Shavuot, 49 days in all.  This period of time has long been considered a time of sadness for the Jewish people, perhaps because of the association with counting.  How can we both love math and be averse to counting?

Our tradition teaches us to love numbers that add to our lives and multiply our blessings.  And to spend less time on the numbers that subtract from our happiness.  In this way, we always focus on what really counts. 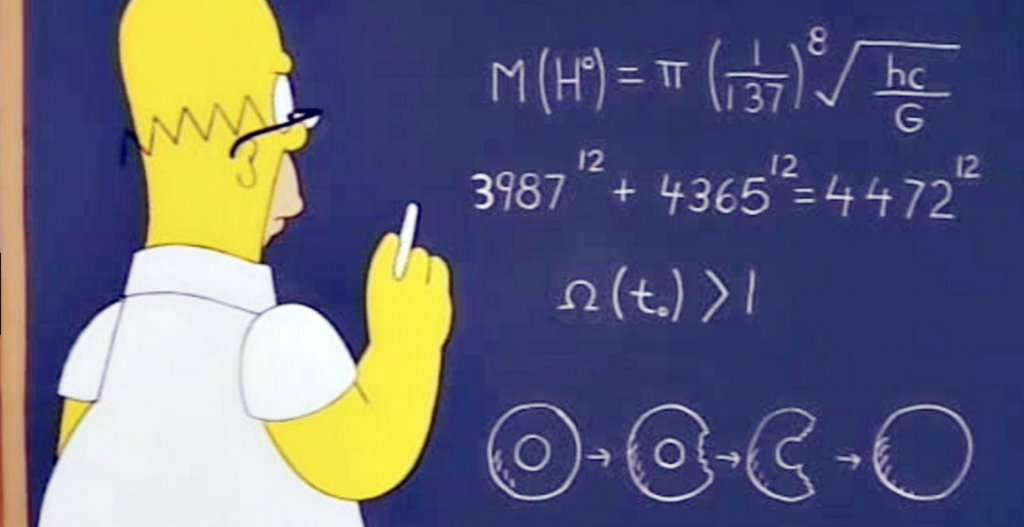 Homer doing real-life application math: The Eating of the Donut