The Values of Education

Thirteenth of an Ongoing Series

This Monday was Tu B’Shevat, the Jewish Arbor Day or New Year of the Trees.  In modern times, Tu B’Shevat has become a day of ecological awareness, the Jewish Earth Day.  In Hebrew schools, Tu B’Shevat provides an opportunity to learn the Jewish perspective on environmental stewardship.   Many biblical and rabbinic sources admonish us to care for the earth, including God’s instruction to humanity to “… work the earth and protect it (Genesis 2:15).”  Jewish conservationists cite various rabbinic dicta that demand respect for nature, including the law of ba’al tashchit (the prohibition against wanton destruction), and invoke the biblical ban on felling fruit trees (Deuteronomy 20:19).  Caring for the earth is one of a myriad of values that we teach at Akiva.  However, as I suggested in last week’s column, not everyone believes that values should be taught in school.

As parents who send our children to Jewish school, the idea of a values-free education seems somewhat absurd.  Consider, though, that at Akiva, when we teach environmentalism, we are teaching our students to be custodians of God’s earth.  That is to say, we are teaching a religious value.  Approaching environmentalism from a religious perspective is not something that everyone is comfortable with in a school setting.  Public schools are famously reluctant to teach values that may be perceived as religious values, since these may conflict with the creeds of their constituents.  Similarly, schools struggle whether to teach political values, since these can carry the weight of partisanship, privileging one party’s values over another.  Whose values are we to teach? Or is it better for schools not to teach values at all?

This issue has been raised since the nascent days of formal schooling.  As I discussed in a previous post, Plato, an early writer on educational theory, was a believer in values-based education.  He was aware that promoting values in school means espousing one set of values over another.  Indeed, Plato saw the school system as a vehicle to inculcate progressive values in children, subverting the traditional values of home and society.

Not all parents are comfortable sending their children to school to have their own values challenged.  A story in Maclean’s magazine in 2017 entitled, “Schools are teaching values.  But whose values?” makes just this point.  The article describes a recent trend in Canadian schools to increase values-based education, such as school boards in Alberta and Saskatchewan that teach courage, decency, and civility, and a school in British Columbia that spends 120 hours a year teaching caring, respect, responsibility, teamwork, and integrity.  Plato would have approved, but not all parents do: some feel that the teaching of values is the purview of families and faith communities, and schools should stay out of the values business.  The Maclean’s piece even cites one Toronto father who objects to having school teach the value of honesty to his child because, “…it would compromise his future as a businessman.”  And while such a statement seems shocking, it proves that no value is universal.  That Toronto parent, and others like him, would rather that schools remain completely value neutral. 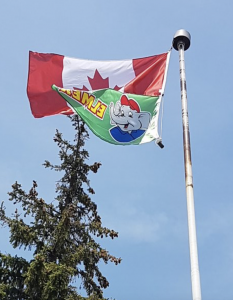 Ensign of Elmer the Elephant fluttering beneath the Unifolié

There is a more moderate approach, namely, for schools not to remain value neutral, but rather to teach mostly neutral values. This was the approach of the public elementary school I attended in Ontario in the 1970s.  The only values I recall being taught were safety and good dental hygiene (our school proudly flew the flag of Elmer the Safety Elephant just beneath the Maple Leaf, and Murphy the Molar was the unofficial school mascot).  By promoting anodyne values such as good health and prudence, schools skirt controversy.  I can also personally attest to the benefits: I have never broken a bone or had a cavity.  But after nine years of schools that exposed me only to unobjectionable values, I craved something more.  And so I transferred to an independent school. 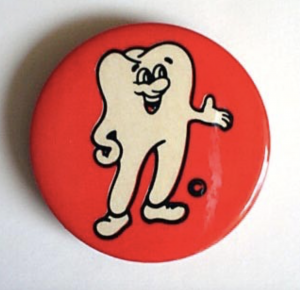 Independent schools provide a values-based or mission-based education.  There are many types of independent schools.  Some, like finishing schools and military academies, instill traditional values like obedience and etiquette; others, such as Montessori and Waldorf, teach to a more progressive academic agenda.  Jewish, Catholic, and Muslim schools are parochial independent schools that promote religious values.  All independent schools have in common that they are unapologetic in espousing a particular value or set of values, and in privileging these values over others.

As a Jewish independent school, we at Akiva are proud of the Torah values that we promote.  We educate our children to be tolerant of other people’s values, and at the same time to be strong in our own beliefs, ethics, and traditions.  Sometimes, such as with our values of caring for others and for the earth, Jewish values overlap with general values in our society.  Other times they do not.  In all cases, we believe that the teaching of values is the essence of education.  After all, if schools did not teach values, what would they teach?

We will answer that question in our next essay.