What’s in a Name?

Ninth of an Ongoing Series

Jewish schools today tend to take their names from magnanimous donors. This system of nomenclature rightly honours those who have provided for the needs and welfare of our community, called in Hebrew, oskim b’zorchei tzibur b’emunah. As we prepare to launch our Annual Giving Campaign (AGC) next week, we are inspired by the philanthropy of those whose names adorn our educational institutions. There is, however, an older system for entitling Jewish schools, namely, to call the school after a great luminary of our people.

Take, for example, Herzliah. By naming the high school after the founder of modern Zionism, Theodore Herzl, the founders of Herzliah made their support for the State of Israel unambiguous. Herzliah is now also designated as the upper school of The Azrieli Schools, using the more current system of naming after major donors.

École Maïmonide takes its title from Moses Maimonides, the greatest rabbinic scholar of the middle ages. Moses Maimonides, also known as Rambam, was an authority on all of Jewish literature including the Bible and the Talmud, as well as being a leading writer on classical philosophy, especially Aristotle. By selecting the moniker Maïmonide, the creators of said school encouraged their students to emulate the great medieval master and become proficient in both Jewish and secular studies. As a Sefaradi school, École Maïmonide also chose the name of a Sefaradi Jew: Maimonides was from Spain, and is renowned among Ashkenazim and even among non-Jews. The name Maïmonide thus inspires in its students pride in Sefaradic scholarship. 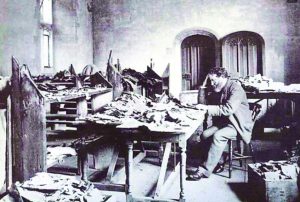 One of the greatest leaders and scholars of modern Judaism was Solomon Schecter (1847-1915). A rabbi, researcher, academic, and institution builder, Schecter was a true renaissance man. He came from a Chabad rabbinic family in Moldavia and studied in traditional yeshivot, then went on to become a professor at Cambridge University. He was the first researcher to identify the greatest archeological discovery of rabbinic texts, the Cairo Geniza. Later in his life, Schecter became president of the rabbinical school of Conservative Judaism, the Jewish Theological Seminary. When Conservative Judaism established a day school movement, they named their schools after Schecter, who exemplified the greatest aspirations of Conservative Judaism: scholarship, knowledge of Jewish texts, and visionary leadership. They hoped that all of their students would strive to be like him.

Rabbi Dr. David Hartman, z’’l chose to name his school after Rabbi Akiva ben Yosef (c. 50-135 CE), one of the chief sages of rabbinic times. Rabbi Akiva was a deeply pious and mystical man, famous for his innovation and creativity. Akiva was an independent thinker who re-envisioned Judaism after the destruction of the Temple. Rabbi Akiva embodied Rabbi Hartman’s hope that students in his school would become creative individuals and passionate Jews. Rabbi Akiva is most known for his pronouncement, “Love your neighbour as yourself—that is the greatest principle of the Torah.” By bearing the name Akiva, we cultivate the hope that our students will internalize Rabbi Akiva’s maxim and become kind and caring people. 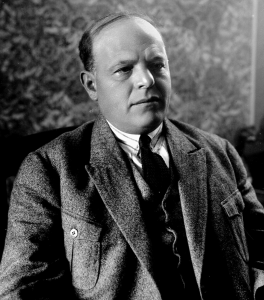 Bialik was raised as a religious Jew. As he grew, he abandoned his observance while remaining a scholar of Jewish texts. He was also a popular Yiddish poet, publishing many Yiddish works in addition to his Hebrew writings. Both Montreal and Toronto have Jewish schools that are secular and dedicated to Jewish texts, and both schools once taught both Hebrew and Yiddish. It was natural, therefore, that their founders named those schools after Bialik. Toronto’s Bialik School explains its relationship to its namesake in this way:

The Bialik Schools in Montreal and Toronto

May the example of these great Jewish minds, spiritual leaders and scholars continue to inspire our children, our teachers and each of us with their passion, vision and ideals.