In the summer before my first year at Akiva, I called my friend, mentor, and predecessor Cooki Levy, z’’l, to ask her if she knew why our founder, Rabbi David Hartman, z’’l, had chosen to name our school Akiva.  I had known Cooki at that point for over 20 years, and, to the best of my memory, every time I asked her a question, she knew the answer.  You can imagine my surprise when, after a pregnant pause, she replied, “You know, I have no idea.”  To which she quickly added, “Let me ask Barry!”

The great rabbinic sage Rabbi Akiva (c. 50-135 C.E.) is perhaps best known for declaring, “Love your neighbour as yourself—that is the central principle of the Torah.” (Talmud Yerushalmi, Nedarim 30:2).  Cooki and I went on to theorize that Rabbi Akiva’s elevating of love for the other above all Jewish values spoke to the pluralistic and caring community that Rabbi Hartman sought for his school. 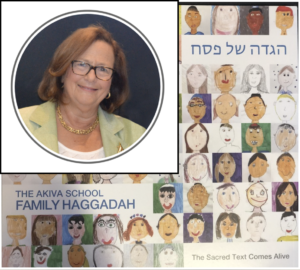 When Cooki checked with her husband, Rabbi Dr. Barry Levy (also a former headmaster of Akiva), he also was not certain of the answer.  He suggested a less obvious connection:  Rabbi Akiva witnessed the destruction of Jerusalem and its Temple, and what was feared to be the end of Judaism and the Jewish people.  But while others looked on at the devastation in despair, Rabbi Akiva was cheerful and optimistic, dedicating his energies not to mourning the past, but to rebuilding a new Judaism of the future.  Founding his school a mere 20 years after the Holocaust, Rabbi Hartman adopted Rabbi Akiva’s optimism and concentrated on creating a school that would rebuild a vibrant and joyful Jewish nation and faith.

Rabbi Akiva’s optimism can be seen in the central blessing of the Haggadah, which he partially authored.  The Talmud records (Pesachim 116b) that a fellow sage, Rabbi Tarfon, suggested that the benediction should be, “Blessed are you, O God, who redeemed us, and who redeemed our ancestors from Egypt.”  And while Rabbi Akiva accepted this blessing, he rejected its exclusive focus on the past.  And so he added this text to Rabbi Tarfon’s words:

…and likewise will God enable us to celebrate future festivals and celebrations of peace, joyful in the building of Your city and happy in Your worship… and we shall thank You with a new song celebrating our redemption and upon the restoration of our souls. Blessed are you, Lord, who redeemed Israel! 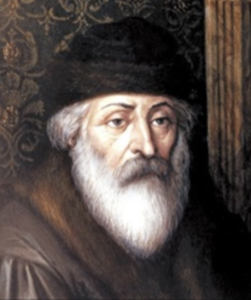 According to Rabbi Akiva, while we acknowledge the significance of the Exodus in our blessing, we must not think that the greatness of God’s salvation lies in Israel’s past.  The best times, Rabbi Akiva avers, are yet to come, and the greatest moments of Jewish celebration, happiness, and God’s redemption, lie ahead.  The Jewish people embraced Rabbi Akiva’s optimism; it is his version that appears in our Haggadot.

As we stand at the threshold of Pesach 5781, we see the first signs of redemption, an end to a year of sadness, sickness, and suffering, and the start of a new era of joy, light, and life.  Rabbi Akiva looked out from the darkest depths of Jewish history with positivity and purpose.  May his disposition, deeds and words inspire us to look to our own futures with courage and optimism.  May his blessing be our blessing, and may redemption come speedily to us, the Jewish people, and the world.