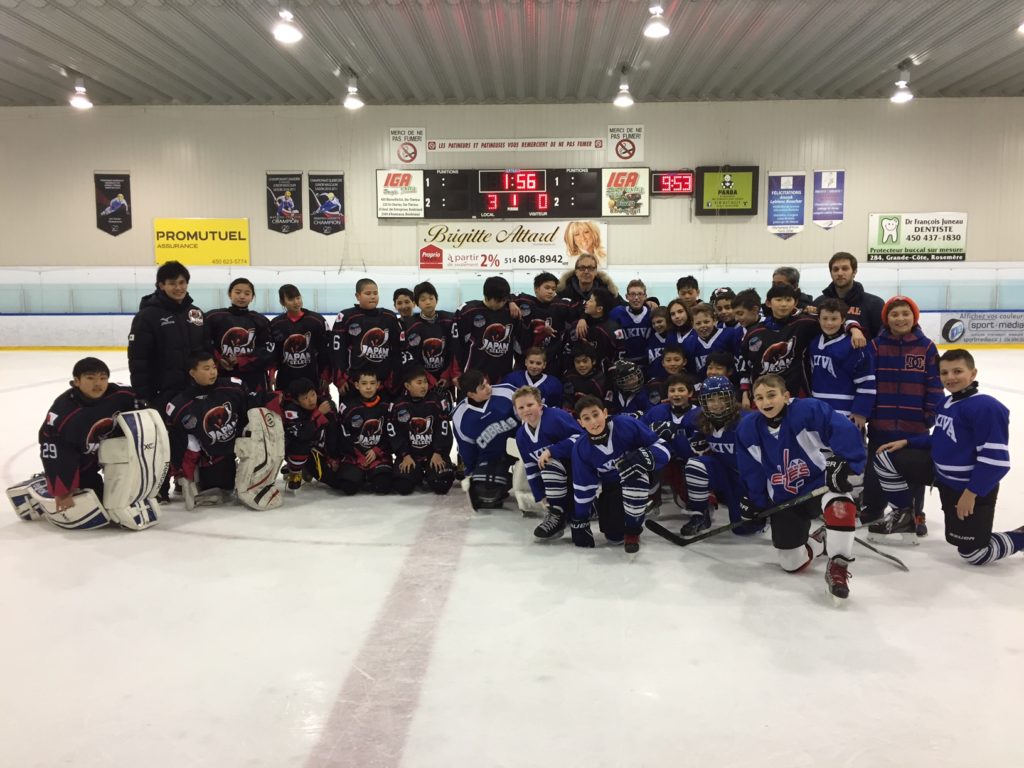 Akiva Hockey team participated in the McCaig Gladiators Ice Hockey Festival February 2016 this Wednesday in Rosemere. The kids had a great hockey experience; building their on-ice skills, playing in a real tournament environment and seeing other teams in action.  As an multi-cultural international event, Team France and Team Japan also attended the tournament and our Akiva team had a great time meeting and playing Team Japan. Good sportsmanship, skill building and competitive fun were the themes for the day.

« Playing on the outdoor rink, just shooting pucks and getting to know Team Japan was the best part of the day » — Toby, Grade 5

« I really liked hanging out with Team Japan. They were really nice and amazing players… They were so polite and disciplined. » Josh, Grade 5

« I learned that it’s not just about winning, we had a really good time just playing the teams. » Ryan, Grade 5