This week’s Dvar Torah is by Akiva grade 4 teacher, Yelena Plis, which she gave as part of her speech at a reception held in her honour this week in recognition of receiving the Grinspoon Award for Excellence in Jewish Education… 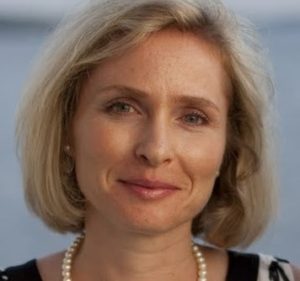 This week’s Parasha Shlach is talking about Moses who sends twelve spies to the land of Israel. Forty days later they return, carrying a huge cluster of grapes, a pomegranate and a fig, to report on a land flowing with milk and honey. But ten of the spies warn that the inhabitants of the land are giants and warriors more powerful than Israelites; only Caleb and Joshua insist that the land can be conquered, as God has commanded. The outlook of the ten spies was not very bright. They could only see the problems instead of the possibilities, the giants instead of God and defeat instead of victory. On the other hand, Caleb and Joshua, were optimistic. Their report was one of hope. They saw the possibilities instead of the problems, God instead of giants, and victory instead of defeat. They believed in their people and their ability to defeat the enemy and enter the promised land.

I believe that one of the fundamental tasks of any educator is to give students a sense of hope and confidence. A teacher must have faith in her students and inspire that same faith in them. Today we call it growth mind set. A long time ago Rabbi Nachman expressed it in a very vivid way:

The whole world is a very narrow bridge;
the important thing is not to be afraid.

As a teacher I see my mission as raising  Calebs and Joshuas. In other words, to create a safe, nurturing environment where each of my students can build her confidence and develop a growth mind set.

Thank you my Akiva family for helping me to have a positive outlook and for supporting me to take risks, so I can fulfill my mission in the best possible way.