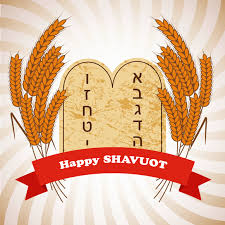 At a meeting the other evening, wanting to know if all the expected attendees were present, one of us counted, identifying each individual with a pointed index finger.  A couple of us had a kind of instinctual prickle at the counting of Jewish people.

Among certain sects of Judaism, there is a superstition against counting, lest we incite the evil eye (or some other negative force) to decrease our number.  Instead of using numbers, some may recite Bible verses known for the number of words they contain and assign each person a word of Torah instead of a number.  Others simply negate their numbers, saying “not 1, not 2, etc…” as they enumerate the children in line or the people in the room.

Superstitions, by definition, are not rational practices, but based – to varying degrees – on beliefs and customs, and it can be interesting to demystify these practices and explore from whence these traditions arose and why.

This week’s parashah begins the book of Ba-Midbar, which translates as “In the desert,” but whose English name is the Book of Numbers.  The narrative opens with God commanding Moses to count.

The parashah – always read on the Shabbat immediately preceding the holiday of Shavuot – goes on to list many names and numbers and describe the proscribed set up of the camp and the organization of the tribes around the Mishkan.

The holiday of Shavuot is the culmination of counting seven weeks from Passover, marking the time from the exodus from Egypt until the Israelites received the Torah on Mount Sinai.  Moreover, many have suggested that the organization of the tribes around the Tabernacle in the centre of the camp replicates and reminds us of how the Israelites stood around Mount Sinai when they received the Torah.

But why did God ask Moses to count the (over 20-year-old, male) Israelites?  Was there a moral purpose to the census? And if it was okay to count the Israelites, from where do we have the superstition against counting?

According to the Rashbam, Rashi’s grandson, the counting was simply a practical and organizational matter.  The Israelites were getting ready to enter the land of Israel where they would encounter enemies and battles, and God was asking Moses to take of stock of his soldiers and shape his army.

Rashi explains that God wanted the Israelites counted because of how dear they were to Him.  When you are proud of something that is yours, when you love it so much, you take responsibility for it and keep track of it, and check up on it – you make sure to account for it regularly.  And so God was doing with His people.

The problem is that in the book of Exodus, God said to Moses:

When you will take a census of the Children of Israel according to their counts, every man shall give the Lord an atonement for his soul when counting them, and there will be no plague among them when counting them.

Here Rashi explains that when Moses would wish to count the Israelites, he should not count their heads.  Rather each individual should give him half a shekel and he should count the shekels instead.

According to Rashi, and there will be no plague among them means:

For the evil eye can affect that which has been counted and pestilence can come upon them.

So the superstition against counting people may have originated in Rashi’s understanding of the connection between taking a census and giving half-a-shekel as laid out in Exodus.  Rashi is consistent in our parashah in Numbers when he comments that every male according to their head count means by counting shekels, a half-shekel per head.

Our parashah doesn’t refer to counting with shekels, but according to Rashi, that was what the text intended.

Other commentators disagree.  Abarbanel argues that the half shekel in Exodus was needed for the construction of the Mishkan and was not a requirement of counting.  He rejects the idea that a shekel could trick or fool a negative force intent on bringing harm to Israel.  Rather, the only force to contend with is God; He has the power to strike the Children of Israel with a plague or bring harm upon them in some other way, and He would not harm those who are fulfilling His commandments.

Many centuries later, King David was punished by God for taking a census of his battle-able men.  Many commentators believed his sin was not collecting the half-shekel in place of counting heads.  Abarbanel, however, maintained that David’s sin was not the census itself, but the pride that motivated his actions.  God had already given David peace from his many enemies and he no longer needed an army for defence.  Boasting his military prowess and potential was only pompous and arrogant, and for these qualities, he was punished.

When God commands Moses to take a census of the people, He uses the phrase “lift the head of the entire assembly of Israel.”  This phrase honours each individual within the larger group and acknowledges the value of each one.  Usually, when we count a group, we are looking to the total number to establish value.  How large is the army?  How many have responded to the survey?  Is everyone expected present in class or at a meeting?  Is the number bigger or smaller than we want?  It’s the total that conveys meaning.

As we come upon the holiday of Shavuot, when we celebrate the giving of the Torah and with it, the founding of the Israelites as God’s nation, this census expresses the value of every individual within the larger group.  Just as the text tells us that men, women and children were all around Mount Sinai to hear the commandments, so too does every individual have their place around the Mishkan.

Every person has a contribution to make.

Every person has a responsibility.

A responsibility to ourselves as individuals, to the people in our different circles, and to the Jewish people.

We have counted down the days to the holiday of Shavuot and to receiving the Torah.  Let us remember to value the potential of every individual and to count our blessings.

I am certain only good will come from it.