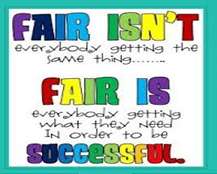 Over the many days of holiday in the last few weeks, my family has been playing the game Apples to Apples.  In each round, one player is the judge and must decide which among the cards the other players submit best represents the adjective revealed at the beginning of the round.  How well you know the player who is judge – his/her knowledge, sense of humour and personality – determines your success.  I knew my husband would appreciate the card “The Morgue” for the adjective “Tidy.”  I also knew my daughter would probably not understand the tongue-in-cheek “A Riot” – defined as uprising – for the adjective “Silly.”

My daughters like to try and figure out who submitted each card before making their final choice, using their current mood and disposition towards their siblings to determine who would win or lose based on their “judgement.”

Siblings have a special relationship.

One day, sister B refuses to lend sister A her pajama pants.  The next day sister B wants to borrow sister A’s sweatshirt; sister A negotiates free access to all sister B’s clothes (including her pajama pants) for the next 24-hours.  Some days they’ll play with each other for hours.  On other days, just because her sister asked is a reason not to play.

In this week’s parashah, Bereishit, we have our first instance of extreme sibling rivalry when Cain kills Abel.  In the preceding narrative we are told that both Cain and Abel brought God an offering – Cain brought fruit of the ground and Abel brought “the firstlings of his flock and the choicest.”  God accepts Abel’s offerings but not Cain’s, and Cain is indignant and unhappy.  God says to Cain:

Why are you distressed, and why has your face fallen?  Is it not true that if you do good, you will be forgiven? But if you do not do good, sin couches at the door; its longing is toward you, yet you can be its master.

Commentators from the beginning of time have tried to figure out why God accepted Abel’s offering and not Cain’s.  Was it because Abel chose the first and the best to give to God and Cain simply offered what grew?  Should Cain have received some credit for at least making an offering?  Was God unnecessarily harsh?

When two children each tidy their room or complete an art project or write a thank you note, do we judge them in comparison to each other or on the individual effort each child made?

We all know the right answer, even if it’s not always what we succeed in doing.

Both children clear their plates after a meal.  One child spills rice all over the counter as he scrapes the remnants into the compost bag, leaves the plate next to the sink and the glass on the table.  The other child puts plate, cutlery and glass into the dishwasher and wipes the counter.  Should we acknowledge the effort each child made?  Or do we thank the second child and correct and/or rebuke the first child?  What are the long-term implications of each justifiable reaction?

Cain does not respond to God’s question or try to defend his sulkiness.  The verse says:

The biblical text does not tell us what Cain said to Abel before he killed him.  Rashi suggests he provoked him into an argument.  I find it more interesting to consider why the Torah did not record what one brother said to the other.  Probably because it didn’t matter.  Whatever Cain said to Abel, he entered into the discussion infuriated at the unfairness of his situation, and therefore, nothing his brother could have done would have changed the outcome.

Cain may have been mad at God, but he took it out on Abel.

Siblings have a special relationship.

While as parents we will never be completely equal and fair – nor should we be – we may want to think about how God reacted to Cain’s efforts and consider how our reactions contribute to our children’s relationship with each other.