Parashat Beshallach – The challenges of dependence 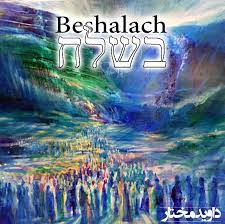 My daughter cut herself slicing a bagel the other morning.

My back was to her, so I turned briefly to look at her, and instinct told me this was more of a nick than a cut.  With every ounce of restraint I could muster, I turned back to what I was doing and calmly replied, “I don’t know.  What do you think you should do?”

“You could get a band-aid.  Sure.  If you’re bleeding.”  I still had not moved from my spot although my heart was racing.

She went upstairs and got a band-aid and came back down to the kitchen.

“Can you slice my bagel for me since I cut myself?”

I really really REALLY wanted to cut the bagel for her.  Instead I answered – “Just because you cut yourself doesn’t mean you can’t cut bagels for the rest of your life.”

I could feel the eye roll.

But without a word she sliced her bagel and went on with her breakfast.  I, on the other hand, needed a nap.

In this week’s parshah, the Israelites have crossed the Red Sea and are now wandering through the desert, complaining to Moses about the lack of food and water and grumbling about how good they had it in Egypt.

The children of Israel said to them, If only we had died by the hand of the Lord in the land of Egypt, when we sat by pots of meat, when we ate bread to our fill! For you have brought us out into this desert, to starve this entire congregation to death.

God responds to this idealization of their slavery and their lack of appreciation for the freedom they’ve been granted by providing them with manna.

So the Lord said to Moses, Behold! I am going to rain down for you bread from heaven, and the people shall go out and gather what is needed for the day, so that I can test them, whether or not they will follow My teaching.

The commentators were troubled with what actually was God’s challenge to the people.  How was He testing their faith in and loyalty to Him when He was providing daily sustenance in the wilderness?

Rashi thought the trial was in the limitations that were set – that they could only gather a specific measurement, they couldn’t leave any over or it would rot, and they couldn’t gather on Shabbat.  The Ramban felt the challenge was in not having any alternative, that the only sustenance they could have was the manna provided by God.  Other commentators suggested the trial was not in the suffering, but in the ease that the manna afforded.  In other words, would the Israelites still follow God’s laws when they were well provided for without effort or sacrifice?

A third group of commentators, including the Rashbam, Rashi’s grandson, and Ibn Ezra argued that the trial was the dependence involved in daily provisions.  God was looking to prove that the Israelites could sustain absolute faith in Him by being completely dependent on Him, living constantly in a state of expectation.  What choices would they make within a very controlled setting?  Could they grow and see beyond their daily expectation for support?  We see through their journey in the desert, that this truly was a challenge for the Israelites.

We know as adults that we grow and learn through challenges and trials.  And it is often difficult to let our children experience these same hardships. However, in order for them to grow and learn independence, we must continually seek that line between protecting them and letting them figure it out on their own.  They will never learn to cut a bagel unless they do it themselves, as difficult as it may be for us to watch them hold the knife.

No matter how many band aids it takes.

Note of interest:  Why do we have two challot on the Shabbat table?  To remind us of the double portion of manna the Israelites were commanded to gather on Friday so that they would have enough for Shabbat and not gather on the Day of Rest.