Parashat Bo – Do and Teach 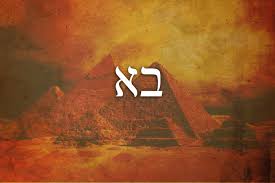 The first time we went to Disney World, my older girls were four and a half and three, and I was pregnant with my third.  Amidst the noisy chaos of one of the food courts in the Magic Kingdom, we picked up our pre-packaged, frozen and reheated kosher meals and joined my parents – eating regular fare – at the table.   It was loud, the girls were hungry, we were all tired and overwhelmed,  and our meals were neither fresh nor inviting.  When my three-year-old daughter reached for a french fry from her grandmother’s plate – as she had done many-a-time before in kosher restaurants – I said calmly and kindly, “sorry, sweetheart, the french fries are not kosher.”

Without a word, she went back to her (frozen, reheated, kosher) chicken fingers.  How many times had I said, “sorry, no more Backyardigans tonight;” “Time to turn off the TV now;” “No, you cannot have candy 10-minutes before dinner,” and I was bombarded with whining pleas and attempted negotiations.  “Pleeease! Five more minutes? One more episode? Two jellybeans?” What was it about the way I said no when it came to kashrut that conveyed finality?  What nuance could the children hear that was missing with every other request I denied?

This week’s parashah, Bo, relates the last three plagues God brings upon Pharaoh, and the preparations demanded of the Israelites in anticipation of the Exodus.  It is the first narrative of the Torah to contain a comprehensive list of positive and negative commandments including preparing the paschal sacrifice, eating matzah for seven days, eliminating leaven from the house, and keeping the first and seventh days of the holiday as holy (as Yom Tov).  Interestingly, amidst the Passover story and the first set of laws we are required to observe, the Torah enjoins us several times to teach our children.

Prior to the plague of locusts, God tells Moses that He has hardened Pharaoh’s heart, so “You will be able to relate in the ears of your son and your son’s son how I made fools of the Egyptians and how I performed miraculous signs among them – that you may know that I am God.”

After the instructions for preparing their doorposts to protect them from the plague of the firstborn, the Israelites are told, “And it shall be when your children will say to you, what is this service to you? You shall say, it is a pesach feast offering to the Lord Who skipped over the houses of the Children of Israel in Egypt when He smote the Egyptians but He saved our households.”

On the day that the Israelites leave Egypt, Moses tells them that they are obliged to commemorate the Exodus every year with a 7-day festival to God. “And you shall tell your son on that day, saying, it is on account of this that the Lord did for me when I left Egypt.”

Finally, Moses says, “And it shall be when your son will ask you in the future, what is this, you shall say to him, with a strong hand the Lord removed us from Egypt from the house of bondage.”

The connection between God’s commandments, Passover and teaching our children is compelling – a dichotomy of doing and teaching joined in the identity-building, nation-forming story of the Exodus and its holiday of commemoration, bogged in details and minutiae to be observed and rich in larger lessons for humanity.

The commandments show us the primacy of actions in Jewish observance.  We have a lot of Dos and Don’ts and less discussion about what to believe.  The rabbis and philosophers of the past felt that actions, rather than motives or thoughts, shaped one’s character.  One thirteenth-century unknown author – listing all 613 commandments and attempting to explain the reason for each one – wrote:

“Know that man is influenced by his actions, and his intellectual and emotional life is conditioned by the things he does, good or bad.  Even if he is thoroughly wicked and his mind is dominated by evil thoughts the whole day long, if he bestir himself and endeavour to be constantly occupied with Torah and its precepts, though not with godly intent, he will inevitably veer towards the good.  From the wrong motive he will be led to the right one and by the force of his actions he will kill the evil inclination since it is actions that shape character.  Conversely, even if a man is completely upright in character and positively conditioned to the Torah and its precepts, if he is constantly engaged in crooked pursuits they will ultimately lead him astray and turn him into a criminal.  For it is abundantly clear that every man is influenced by his actions…“ (quoted from Nechama Leibowitz, New Studies in Shemot Exodus, 1996, p. 179).

The Torah gives us many rules to follow because doing good deeds, following a structure, living by guidelines – even if at first we don’t understand why or even buy into their rationale – eventually (and hopefully) shape one’s inner character in a positive way.

At the same time, we do need to teach the next generation the history and experience that culminated in these actions in the first place.  We do while we teach; we do while we explain.  We act while we discuss.  The words may change but the action remains consistent.  If I am honest with myself, sometimes “No more TV” has resulted in 5 more minutes.  Sometimes, we have snuck a few jelly beans before dinner.  But the actions that we do consistently, the guidelines by which we live without exception, do not require negotiation.

“Do not kill,” has never been answered with “Please? Just a little bit?”

The first set of commandments within the story of Passover sets the prototype.  The observance of the holiday has myriads of rules and details, and lest the grown-ups get lost among the minutiae, we are reminded repeatedly to bring our children along, and explain to them what we are doing as we go.  This not only ensures that the children will know what to do when they are grown-ups, but it fosters the connection even before the actions are performed.

Have you ever noticed how much time is devoted to teaching the holiday of Passover in school?  How excited the children are to show what they know at the seders, to sing the songs and to list the ten plagues?  Passover is huge for children.  And I believe teaching them is specified at this point  in the Torah, among the first set of commandments -among the commandments for observing the holiday of Passover, in particular – to directly counter the drudgery the grown ups may feel from all the mandated tasks.

Teaching the children sustains the connection in a very practical way.  But more significantly, it sustains the awe and wonder we may lose among the rules.

The Torah gives us the actions to structure our lives.  Teaching the children maintains the connection for the future.  Recognizing the wonderment sustains our devotion and humility.  And Passover, when the experience of the Exodus defined the nation and demanded extensive commemoration, is the perfect place to unite these elements of doing and teaching.

Before we traveled to Disney World, we had explained to the girls that everyone makes different choices for their lives and just like our relatives and friends drive to our house on holidays and Shabbat, and we don’t drive, so too do many people we know, and love, not eat kosher all time.  We explained that this was a choice we made for our family and that every family makes their own choices.

This past Shabbat my girls were having a silly conversation about who would get married first and where they would live once they moved out of the house.  My middle daughter (the grown-up 3-year old who wanted the french fry in Disney World) said, “I’m going to live in Cote St. Luc so I can walk over here for Shabbat dinner.”  While everyone else in the room reacted to the idea that she wanted to come home to eat, that she wanted me to continue cooking for her – I was stuck on this:  In the future, she saw herself needing to live close to the places she wanted to go on Shabbat, because she would have to walk.

Doing and teaching – they need to work together.