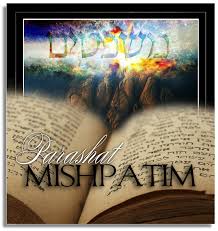 Parashat Mishpatim contains one of the Torah’s central legal texts. It is neither the first such text, nor the last, but several essential classes of law are integral to it: civil laws and ritual laws; laws for males and females, for widows and orphans, for different economic classes of people; for Israelites and for non-Israelites; laws about damage to persons and to objects, whether intentional or accidental; laws about agriculture, and the calendar; etc.

Mishpatim contains other categories of law as well, but what about those areas that are not included? No boats, cars, or camels, for example, are mentioned there. Do they remain outside the law? If not, on what basis do we include them?

If we consider all the fragmentary law codes discovered from the ancient Near-east (from eastern Mesopotamia to Rome), including the Torah, there are fewer than one dozen. The same historical periods and geographic areas have produced tens of thousands of texts from the practice of law (contracts, land deeds, marriage and divorce documents, etc.) and almost no citations from the codes.

This suggests that much practical law – Mesopotamian, Hittite, Israelite, Phoenician, and the like – was transmitted orally, and this, of course is exactly what the rabbis claimed for thousands of years. The rabbinic tradition is an (originally) oral complement to biblical law. And, in the form of Mishnah and Gemara (together called Talmud), it remains our cherished supplement to the biblical laws. It discusses areas of law not mentioned in the Bible, and it also provides extensive debates about legal concepts and principles that keep the applications current, even when the specifics are not mentioned in the ancient sources.

Moot Beit Din is an international competition for high school students from across North America. Each year, all the competing students receive a case based on a modern-day dilemma. They are required to analyze it using Halakhic sources from the Bible, Talmud and other rabbinic texts that they must find and interpret. They must come to a decision regarding the case and write an essay explaining their verdict. Then, all the students get together for a Shabbaton, where they present their verdicts before a panel of judges (real judges, rabbis, and lawyers), who determine which team’s argument is the strongest. The case in 2017 dealt with a driver-less car that was in an accident, a very timely problem that concerns lawyers, insurance companies, car manufacturers, drivers, and passengers. The answer may derive, in part, from this week’s law about errant oxen.