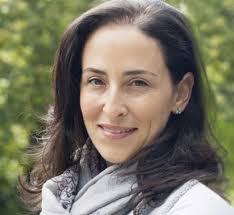 Akiva Parent and Board Member

Not sure if you have been feeling it but there is a current, a common theme dominating our news cycles and conversations these days. It’s all about leadership.  Be it Trump, Trudeau, Coderre, Applebaum, or Obama we are constantly discussing, assessing, analyzing, criticizing, applauding and searching for leaders.

We see leaders such as Theresa May fighting to keep a country calm and on a path, we see community leaders in our own backyard celebrating the success of having guided a thousand Jewish Montrealers to the Promised Land. As parents and professionals we too wear this important leadership badge, looking to guide, inspire and raise up those around us, especially our children.

The subject of this week’s Parasha has leadership at the forefront. In business school, case study after case study centered around examining leadership with the goal to learn from both the successes and failures of the leaders that preceded us.

Parasha Shelach, the 37th weekly Torah portion and the fourth in the book of numbers provides us the opportunity to learn from what has often considered to be the greatest collective failure of leadership in the Torah. Shelach in Hebrew means “send” and so we are told the story of how Moses was commanded to send the leaders of the 12 tribes to investigate the Land of Israel before the people were to enter and settle there. Forty days later they returned with conflicting reports.  While the land was described as ‘bountiful, and flowing with milk and honey’ they also shared that the people who dwelled there were ‘strong, terrible, and not possible to overcome’. ‘They are giants and we are but grasshoppers.’

In my early 20s I had my own send off experience of sorts. As frightened as I was, I prepared to head off to a new city in a new country with new responsibilities and a great deal of unknown that weighed so heavy on me at times that I questioned whether I could go through with it.  When the ice storm of 1997 hit and we got the call that the moving truck couldn’t get out of the parking lot I breathed a sigh of relief, maybe there was a chance to call the whole thing off! I was pretty much on the same wave length as the Israelites – being protected in the wilderness, in close proximity to God, felt great just as the safety of home and my parents was a comfort hard to leave behind. But the Parasha teaches us that this is not what G0d wants from us. He wants us to bring heaven down to earth, to engage with the world, to battle with fear, to leave the desert and its protection.  And so, when the ice melted, I cried a good deal, but had faith that there was a bigger and better plan for my future and I had to be on my way, just as did Joshua and Caleb.

The only two of the 12 spies who saw the full potential of the land, Joshua and Caleb insisted this was something that could be achieved. The rest were paralyzed by a fear of the unknown, a lack of confidence and loss of faith such that they found themselves unable to embrace the future, even prepared to return to Egypt and to the hardships they had fought to leave behind. And, so fate would have it that they would not come to see the land in their lifetime. God punished them, condemning them to wander in the desert for 40 years until a new generation came to be.

No doubt this was a major setback for the Israelites but the fact that God assured their destiny to the next generation tells an important lesson that when faced with obstacles and even failure we should never lose sight of the ultimate goal. In this day and age, with so much chaos and complication, this serves as a reminder and motivator to continue leading and working for the benefit of future generations, especially when it comes to such imperatives as the environment, political stability, and precious educational institutions such as our Akiva.

Getting through that part of the Parasha, I was somewhat relieved that things turned out well enough for the Jewish people, but I was still left wondering why the spies didn’t believe that God would not have their backs? Hadn’t He just taken them out of Egypt, parted the Red Sea and guided them through the desert, provided for every basic need, leaving them at the footsteps of a promised land? As leaders themselves, heads of their tribes, this behavior was hard to understand but examined more closely it comes back to leadership.

As we can all likely agree, one of the fundamental tasks of any leader is to give people a sense of confidence in themselves, in the group they are a part of and in the mission itself. By their defeatism and negative rhetoric the spies failed as leaders and Jews, failed to build faith together and to be agents of hope. They demoralized the nation rather than infusing it with promise and possibility. Perhaps this explains why the parasha ends with the commandment of tzitzit. Placing fringes on our garments including a blue string reminding us to look up to the blue of the sky, teaches us that with our heads held high we can overcome our fears and instill in people the confidence to do the same.

If we lack confidence, as did the spies, see ourselves as grasshoppers up against giants, we set ourselves up for failure. If our hope is to have an impact on our world, our community, our school we have to be prepared to live leadership, to take risks, to believe in ourselves, and to trust and deliver on the faith placed in us. This voice of optimism and hope is what separated Joshua and Caleb from the other scouts. This is what — in spite of a long history filled with good reasons to see ourselves as grasshoppers and to give up — has enabled the Jewish people to continue and to thrive.