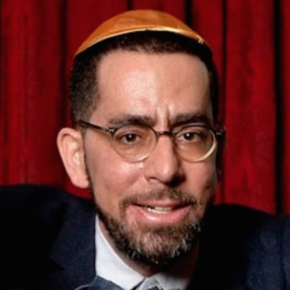 It’s been quite a week.

From the lows of losing Jay Sokoloff to his valiantly-fought battle with cystic fibrosis – a friend, an all-around one-of-a-kind guy, a fellow Akiva parent and an enthusiastic participant in our Akiva Players’ productions – to the highs of the outstanding and fabulous first performances of this year’s play – The Chocolate Factory Adventure – may contain nuts.

It’s been quite a week.

As I listened to my dear friend prepare her daughters for the range of normal emotions they could expect to feel in the coming days after their father’s death, I was struck by how she described the sudden feeling of being overwhelmed.  She said, “You may feel like suddenly you can’t breathe.”

I prepare to write this blog differently every week, but on this particular Sunday afternoon, I had already read through the parashah and was letting it simmer in the back of my brain.  In the parashah, Moses goes to the Israelite people to tell them that God has seen their suffering, He remembers the covenant He made with their forefathers, and He will rescue them from slavery and bring them to the Land of Israel.  The Torah goes on to tells us, “but they did not listen to Moses because of shortness of wind and hard work.”  Rashi explains that anyone who is under stress is short of breath and is unable to breathe deeply.  The Israelite slaves could not accept the hope and consolation Moses was offering, not because of the physical symptom of breathlessness, but because of the state of mind this breathlessness implies – they were so overwrought from the circumstances in which they were in, that just breathing, the very basic element for survival, was a struggle.  And when you are struggling just to breathe, for most people this saps all your energy and all your focus.

Jay was not most people.

God told Moses to go ask Pharaoh to free the Israelite people, and Moses responded, “Behold, the Children of Israel have not listened to me so how will Pharaoh listen to me? And I have blocked lips.”

With all due respect to Moses, Jay never used his illness as an excuse.  Rather he embraced each opportunity that came his way to live life to its fullest.  Breathlessness was part of Jay’s every day, but his spirit and zest-for-life were always brimming with energy.  As his close friend said at the funeral, when you asked Jay how he was, he always answered “Terrific!” or “Fantastic!”  He exuded optimism and positivity.

After God commanded Moses and Aaron to go speak to Pharaoh, the parashah provides a genealogy of Jacob’s three eldest sons – Reuben, Shimon and Levi.  As Moses and Aaron were descended from Levi, you could presume that the text is providing us with the yichus (pedigree?) of the Israelites’ upcoming new leaders.  However, one explanation I read suggested that this seeming interruption in the narrative is actually a continuation of what God commanded Moses to tell the Israelite people.  God wanted to remind the Children of Israel where they came from, to remind them that slavery and their current circumstances did not define who they really were, and in doing so, God wanted to give them hope, and bolster their faith in the redemption Moses was promising to bring them.

Jay Sokoloff did not let his illness define him.  He was smart and witty and funny and friendly, an awesome father and a devoted husband.  He defied his medical issues at every turn, with hope and faith.

Parashat Va’eira continues with the familiar Passover story of the plagues with which God afflicted Pharaoh and the Egyptian people.  With each plague, the Israelite people wait to see whether Pharaoh will relent and agree to let them go, but as soon as the crisis dissipates, he refuses to free them.

Imagine telling this story to children who have never heard it before – the dramatic highs and lows, the glimmer of freedom, the dashing of hopes, the volatile moods of a stubborn ruler, all amidst crazy, exaggerated phenomena affecting the natural and animal world… and the weather.  (Imagine how Jay would have reported that hail?)

And most importantly, we bring our children along with us.  As much as we would like to protect them from sadness and chaos and especially death, these are all very much a part of life.

From Jay, we must learn to take advantage of every opportunity we get and to live with energy and vigour no matter what falls in our path.

But we must also guide our children to understand that although at times we may feel like we cannot breathe, we can.  We learn how to cope with the roller coaster when we remember we can breathe.

Jay’s verve and spirit were so strong, it almost seemed he could overcome without this one vital function.