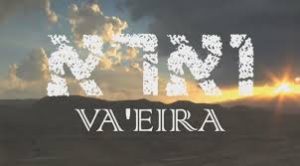 As parents, we anticipate the dangers our children may encounter and we attempt as best we can to protect them and teach them and guide them as they grow.  When they are little, we remove all tiny items that may cause choking from within their reach.  As their comprehension matures, we teach them not to put things in their mouth.  We keep them away from the stairs before they can walk and climb without supervision, we teach them how to hold onto the railing and take each step.  We warn them that they can be hurt if they jump from high.

In this week’s Parshah, God commands a reluctant Moses to go before Pharaoh and demand the freedom of the Israelite people.  With Pharaoh’s consistent refusal to liberate the slaves, God sends down the infamous plagues to convince him of God’s great power and Pharaoh’s inevitable submission to God’s will.  Many commentators have discussed Pharaoh’s stubbornness and the extent to which its persistence was a function of free will or a measure of divine intervention further inhibiting Pharaoh from ultimately acquiescing.

After Moses and Aaron turn the water in the Nile to blood, the text tells us:

The magicians of Egypt did the same with their charms; and Pharaoh’s heart became hardened and he did not listen to them as the Lord had spoken. Pharaoh turned away and came to his house. He did not take to his heart this either.

After Pharaoh promises to release the Israelites if Moses stops the plague of frogs, we are told:

Pharaoh saw that there had been a relief and kept hardening his heart.  He did not listen to them, as the Lord had spoken.

As the story continues, Pharaoh remain stuck in this cycle – God sends a plague, Pharaoh promises to concede, the punishment stops and Pharoah remains stubborn and does not let the Israelites leave.

The idea of “hardening his heart” is interesting and in its English rendition certainly contributes to our sense of a cruel and ruthless king who, unlike God, bears no mercy or empathy for his Israelite slaves.  However, what does Pharaoh’s wicked and spiteful stubbornness really have to do with his heart?

You may warn your child to plan ahead, you may guide him/her with tools to prevent procrastination, you may encourage him/her to do homework instead of play, but until the child achieves a measure of maturity, until the child understands the benefits in his/her heart and accepts the responsibility upon him/herself, these interactions remain a power struggle.

For Pharaoh, this was a battle of the gods and he was not going to concede.  When the Torah tells us, his heart was hard, we understand that he didn’t get it yet.  He didn’t understand that there was a power greater than his own, that the Israelites no longer belonged to him, that ultimately, the right thing to do was to let them go.

Even when we can clearly see the consequences of our choices and our behaviours, until we can own our responsibility in them and understand how and when and why we’ve made them – until we have a change of heart in how we want to live – we too may remain stuck with a “hardened heart.” Seeing is not always believing.