Parashat VaYeshev – “A single candle can both defy and define the darkness.” – Anne Frank 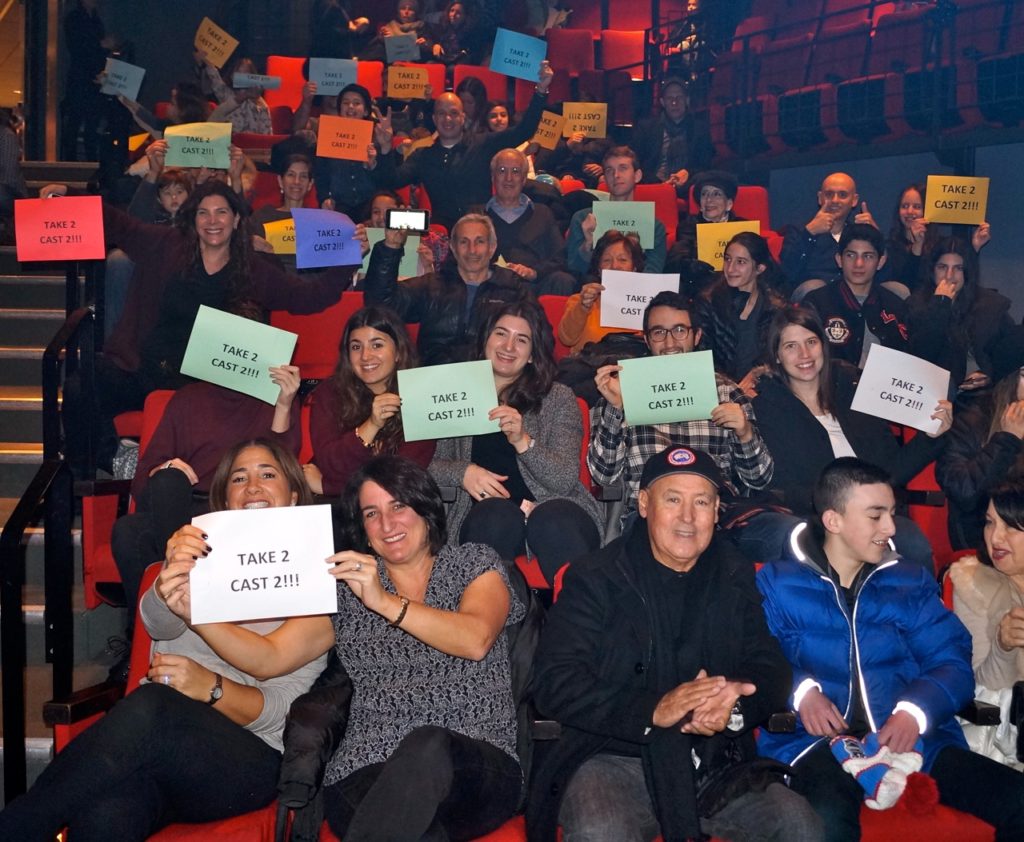 The week began with a power failure that showed us some of the most special qualities of Akiva School – community, teamwork, perseverance, commitment, and of course, the best interest of every child.

Even in physical, concrete darkness, the Akiva family light shone ever more bright.

When the power went out in the Segal Centre on Sunday at the beginning of Cast 2’s final performance of the Akiva Players’ production of the Magic Lamp, the dedicated team of parent volunteers who devote not only their precious time, but their heart and soul to the play, worked relentlessly with the Segal Centre to ensure that once the power was back on, Cast 2 would be able to stage their performance as soon as possible.  Emails were sent throughout the afternoon updating the cast and new information was posted on social media.  There was never any question that Cast 2 would have the opportunity to perform their second show, even if we had to move the sets to another venue.

The power was restored at 3:15. The cast was ready – with costumes and make-up – and an enthusiastic, encouraging and upbeat audience was eager for the play to begin at 5 PM.

A truly spectacular miracle… of light.

This week’s parashah – Vayeshev – begins the story of Joseph, how he is sold by his brothers and ends up in an Egyptian jail.  Jacob sends Joseph to go look for his brothers and when his brothers see him coming they plot to kill him.  Reuben, the eldest, convinces them to throw Joseph into a pit instead.

Then they took him, and cast him into the pit; and the pit was empty, no water was in it.

A common question on this verse is why the Torah – usually sparse on details – qualified that the pit was empty by telling us also that there was no water in it – isn’t it clear that empty would mean without water?  Rashi follows the explanation of the rabbis of the Talmud who said:

There was no water in it but there were snakes and scorpions in it.

Interestingly, the rabbis offered this interpretation in the middle of a discussion of the laws of Chanukah. (And this parashah is usually read on the Shabbat close to the start of Chanukah).  Many have tried to understand the link between the snakes and scorpions in Joseph’s pit and the laws and miracles of the holiday of Chanukah.  One simple explanation is that Joseph emerged from the pit unscathed is a miracle like the Chanukah miracles of the Maccabees’ military victory and the miracle of the oil.

Joseph endured many struggles throughout his journey – tossed in a pit and sold by his brothers, accused of inappropriate behaviour by his boss’s wife, thrown in an Egyptian jail – and throughout, he never bemoaned his fate or forgot who he was or the creed he was meant to follow.

When he refuses the advances of Potiphar’s wife, Joseph says:

There is no one greater in this house than I, and he has denied me nothing but you, since you are his wife; how can I perpetuate this great evil; I will have sinned against God.

When Joseph offers to interpret the dreams of the cupbearer and the baker, he says:

Do not interpretations belong to God? Relate it to me, if you please.

Throughout his trials, Joseph remained committed and connected to the larger purpose of his life and to his faith in God.  Similarly, the Maccabees fought for the right to practice their faith as they chose and to stand proud for who they were as Jews.  This enduring commitment and the perseverance required to remain true to who we are and what we believe are the lessons we learn both from Joseph and from the Maccabees.

Albert Einstein said, “Darkness is the absence of light.”  The Akiva Players may have had a temporary dark theatre, but throughout the experience, Akiva never lost its light.  Our parents and our students remained true to who we are, connected and committed to the values we believe in.

“A candle loses nothing by lighting another candle” (James Keller) – and the more candles we light, the greater the glow.

Wishing every a happy and healthy Hanukah and a restful and safe winter break.