Parashat Vayetze – “I will return in peace.” 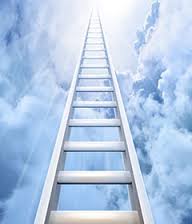 An email from my daughter’s high school reassures parents they have hired extra security this week, and that students will be kept indoors for recess and lunch.  Federation advises Jewish schools and institutions to be extra vigilant, while assuring parents and the community that no threat was made; they are simply being extra-cautious.

I am grateful to know the community takes security seriously.  I applaud the emails that keep parents informed and avert panic.  In our crazy world, we all just want to feel safe and our children to be safe, and certainly we must all play a role in watching out for each other.

At the same time, when I open these emails, my heart beats a little faster, a knot grows in my stomach, and I can feel my brain fighting to keep scary thoughts at bay.  Ever hear of a river called “denial?”  Or “ignorance is bliss?”  As a mother, or rather as a HUMAN, my insides are screaming in response, “can’t I just send my children off to school and worry about how many times we’ll have to practice dictée when they get home?”  I don’t want to think about how safe or unsafe they are; they’re AT SCHOOL.  By definition, they should be safe.

Rationally, I know that they are.  But when it comes to safety and our children, emotions battle hard to take precedence.  And statistics and probabilities are not comforting.  Just ask our friends in Paris.  How do we not cry when our babies speak of lockdown drills during French in the same breath as noodles at lunch and basketball at recess?  Terrorism blows apart promises: promises of safety, promises of vigilance, promises of life.  And yet we can only fight by filing the email’s contents to the back of our brains, going about our days and taking our children to school.

In parashat Vayetze, Jacob goes out from the comfort of his family home in Be’er Sheva and heads to his uncle Laban in Haran.  When he stops for the night to rest, he dreams of a ladder reaching from earth into the heavens, with angels going up and down on it.

The ladder was interpreted by the rabbis in the midrash as a symbol of the rise and fall of various nations throughout Israelite history.  Jacob, setting out on his own journey, represents the Jewish people wandering from country to country as various kingdoms rise and fall.

Rashi looked at the narrative more directly and asked – if angels are going up and down the ladder, should not the text have said “down and up,” (instead of “up and down”) since angels abide in the heavens above and would have started descending before ascending?  He explained that there were angels who accompanied Jacob while he was in the land of Israel – they were ascending first.  And now that he was leaving the land of Israel, different angels would accompany him, and they were subsequently descending the ladder to join him.

Rashi’s grandson, Rashbam, however, felt that “going up and down” is simply a manner of speech, that the common expression is “up and down” and not “down and up” no matter where the ascending or descending began.

In the dream, God stands at the top of the ladder and says:

”I am the Lord, God of Abraham your father and God of Isaac; the ground upon which you are lying, to you will I give it and to your descendants.  Your offspring shall be as the dust of the earth, and you shall burst forth westward, eastward, northward and southward; and all the families of the earth shall bless themselves by you and by your offspring.  Behold, I am with you; and I will guard you wherever you go, and I will return you to this soil; for I will not forsake you until I will have done what I have spoken for you.”

The commentators understand the phrase “I am with you” in direct reference to the narrative in the text.  As Jacob is fleeing his parents’ home, in fear for his life, God comes to him in a dream and reassures him quite simply, that He will be there for him – He will protect him both from his brother Esau and his uncle Laban.

When Jacob awakens from his dream, he immediately recognizes the sacredness of his experience and marks the place with a monument.  And then he makes a vow:

“If God will be with me, and He will guard me on this way that I am going; and He will give me bread to eat and clothes to wear; and I will return in peace to my father’s house, and then the Lord will be a God to me and this stone which I have set as a pillar shall become a house of God, and whatever You will give me, I shall surely tithe to You.”

The problem for the rabbis and the commentators is that God has just magnanimously promised Jacob land and protection, and in return, Jacob seems to be making his loyalty and worship of God contingent on tangible, material proof: food, clothes, and returning home.  Is Jacob saying that if he does not receive these items, he will not serve God? Does Jacob doubt the authenticity of God’s promise?

We learn from this vow that Jacob is not making an equitable deal with God – if God does A, then Jacob will do B.  Rather, some commentators explain, Jacob is acknowledging that God’s promise of protection is not unconditional.  Jacob has not been given a free pass.  God’s promise is dependent on Jacob upholding the values of his father and grandfather.  He is not casting doubt on God’s ability to fulfill His promise; he is expressing apprehension with regard to his own ability to continue on a righteous path in a foreign land, away from his family.

When emails informing me and reassuring me of the measures of security in place at my children’s schools arrive in my inbox, I am grateful even if, in that moment, they reinforce to me our vulnerability.  Jacob heard God’s promise in his dream and rather than feeling reassured that God would protect him, he woke up to realize he was embarking on a huge, life-changing journey outside his comfort zone, and he was not certain how he and his faith would fare by the end.

Security and vulnerability are really just two sides of the same coin.  We learn from Jacob that we can pause and recognize the enormity of our fear, but without knowing what will be in the end, we must move on with our journey, go on with our day, and hope that we will return with our values and our promises intact.