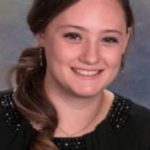 This week’s Dvar Torah is written by our Akiva Shinshinit, Yael Goldstone.  Thank you Yael for sharing!

Israel Kristal is the Guinness world record holder of being the oldest man alive. Israel was born in 1903 in Žernov. His father was drafted to the Russian military for the First World War, and was killed shortly later. In 1920 Israel moved with his family to łódź and started to work in his family’s candy store.

In 1940, he continued making candy inside the ghetto. His two children were killed, and he was then sent with his wife to Auschwitz in 1944. His wife was killed in Auschwitz. Israel was able to survive since the Germans wanted him to continue making candy for their benefit.

After the war he met Bat-Sheva, a holocaust survivor herself.  They made Aliya together to the city of Haifa, and had two children.
Israel’s children explain that, to him, Israel is receiving the Guinness World Record on the behalf of the entire Jewish nation. The Jews had suffered the holocaust and moved on to salvation within his lifetime.

Israel celebrated his Bar-Mitzvah earlier this year, at the age of 113.

Kristal is not excited about being the oldest man alive, but he is excited to be the oldest man to have put on Teffilin.
He explains that he still remembers the Rebbe teaching him at the age of six in the Cheider the book of Leviticus (Vayikra).

This week we start reading this Parasha ourselves, and there’s something very emotional about the connection between Israel Kristal to the Parasha that we are starting at this particular time.

We began the beginning of the month of Nissan on Tuesday. A month full of Jewish identity. We celebrate Pessach, and discuss our history as the Jewish nation and the liberation from the slavery in Egypt. Many have made analogies between the festival of Passover and its history, and the story of the holocaust. After Passover, we mention Israel’s national Holocaust Memorial Day, and later in the month, we will have the national Memorial Day to the Fallen Soldiers of the IDF and the Victims of Terror. We will of course also commemorate Yom HaAtzmaut, Israel’s Independence Day.

In light of this connection, I would like to share one last idea with you about the Parasha. In the first word of the book, there is something strange. The word Vayikra is spelled ויקרא. In the Torah scrolls though, the letter א in the end of the word is printed smaller, so we receive ויקרא. The Maharam from Rotenburg explains that this is like this to teach us of the modesty of Moses, who didn’t want people to think that he was great and that G-d himself spoke to him, so by making the א smaller so the word spells ויקר – which means “chance” in Hebrew. Now we might understand it as though G-d happened to talk to him by chance in a dream.

Looking at Israel Kristal, who survived the hell of the Holocaust, the establishment of the state of Israel, and so many events throughout his 113 years teaches us great modesty. Moreover, the events that are to come over the next month teach us modesty and appreciation too.