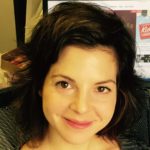 This week we are fortunate to have as our guest blogger, Jessica Yaffe Balinsky, Akiva parent and board member. 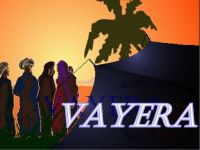 6, Bob Dylan won the Nobel Prize for Literature. One of his best-loved songs, Highway 61 Revisited, begins:

The influence that Parsha Vayera has had on our lives and on pop culture without our even knowing it is unquestionable.  Some of us might not know its official name but we all know the stories and the questions posed therein.

When we are first introduced to Abraham, we see that he is a good guy. When angels appear disguised as guests, Abraham is as hospitable as can be, despite having been recently circumcised.  Not feeling at his best, to say the least, Abraham puts himself out and provides food and shelter. It’s interesting to note the duality of Abraham’s character- on one hand acting like such a mensch with strangers and at the same time considering sacrificing his son, but more on that later.

In many ways it seems impossible to make any sense of this text. As a parent, I can’t imagine what I would do if the Lord commanded me to kill my child. Many of us say that we would unflinchingly throw ourselves in front of an oncoming bus to save our children, and we mean it. But would we be so unflinching if asked to murder our children as sacrifices to God? The deepest, darkest recesses of our hearts would scream NOOO! Yet this is what Abraham faced.

As a good Jew, he sets out to follow God’s commandments. This goes against everything we hold dear and in our hearts we fight his decision. We know that murder can never be the right answer and that a human life is holy. But God’s commandments were not merely suggestions. So what are we to make of Abraham’s seemingly easy compliance to Gods orders?

Why didn’t Abraham even question God?

We teach our children that following their friends mindlessly is never a good plan.  We make sure that they think things through and encourage them to follow their own instincts, their own moral compass. But did Abraham?

Thankfully, an angel appeared to Abraham telling him not to hurt Isaac. His faith had been tested and, evidently, that was enough. When he looked up, he saw a ram looking back at him and decided to spare Isaac.

One of the most impactful messages that I can draw from this parsha is that we must go beyond conventional thinking and always be willing to look around us. The ram did not just appear; it had been there the whole time. What changed was Abraham’s ability to contemplate other possibilities.

What else is in plain sight if we are willing to explore new ideas? We must be open-minded and consider all alternatives.

Nearby is the town of Sodom, the people are known for their unwelcoming treatment of strangers.  The angels set out to destroy Sodom as they consider the disagreeable people there to be wicked; the Sodomites are neither charitable nor righteous and they do not practice tzedakah. This goes against the ways of God and they must therefore be punished. Yet Abraham goes to bat for the Sodomites, once again showing his good character.

This decision highlighted the crux of Abraham’s duality- why was he willing to help the people of Sodom but not defend the life of his son?

In a legal representation worthy of Ruth Bader Ginsburg, Abraham bargains with God who says,

“If there be fifty righteous, I will forgive the city because of them.”

Abraham continued, “See, now, I have begun to speak with my Lord and I am only dust and ashes. How about if there were only forty-five righteous? Or forty? Or thirty? Or twenty? Or ten?”

Abraham loses the argument and Sodom and is destroyed. But Abraham’s excellent character is highlighted once again.

Abraham’s ensures that Lot, his nephew, who was a kind man, was permitted to flee. His wife, who was less than kind was also permitted and she left with him. Despite a warning, Lot’s wife looked back and was transformed into a pillar of salt.  And here, we have a fascinating digression in our story:

Lot’s wife is never given a name beyond her connection to her husband. Are we to read this an anti-feminist tract?  Sarah had a name. Hagar has a name. Why not Lot’s wife? Could it be that she is meant to be an “everyman/everywoman”, a symbol of all who behave selfishly?

When beggars came to her, she acted cruelly- She gave them salt (Melach) which succeeds in melting hunger pangs but only makes the eater thirsty; and is considered worse than having given nothing at all. “By salt she sinned and by salt she was smitten.” Should an examination of Mrs. Lot make us think that we should banish all who behave poorly? Instead, shouldn’t we help them see the light?

As parents and educators it is our jobs to help children whose first impulses are to lash out, who give only the black crayons when they are asked to share. But they are children and our priority should be to help shape them into fulfilled, happy and confident individuals so that they will never give melach as adults.

The concept of a pillar of salt can also be viewed as the situation many of us find ourselves in as we face new challenges in life. It is human nature to question big decisions. It is often tough to leave the known for the unknown and indecision can make us all pillars of salt, unmoving and stuck.

Parsha Vayera forces us to look at conflicting priorities, community versus self, family life versus professional life and one that hits home especially in light of current political events, mindless obedience versus critical thinking. Let us all be like Abraham in our acts of kindness and in our faith in God but also have the ability to stand up when we know something is not right.