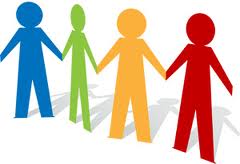 The number four is prevalent in the rituals of the seder. We have 4 cups of wine, 4 (or 5) words of redemption, four questions asked by the youngest at the seder and the four sons. I would like to present some ideas this week about the four sons.

What does the wicked one say? – “What is this service of yours?!” He says of yours—implying that it is not for him. By excluding himself from the community, he denies the essential principle of Judaism, the obligation to fulfill the commandments of the Torah.

The Simple One—what does he say? – “What is this celebration about?” You shall say to him: “We are commemorating the fact that with a strong hand G‑d took us out of Egypt, from the house of slaves” (Exodus 13:14).

As for The One Who Knows Not How to Ask—you must open up [the conversation] for him. As it is written: You shall tell your child on that day: “It is because of this that G‑d acted for me when I left Egypt (Exodus 13:8).

The Four Sons represent different aspects of one person:

In truth, each of us is a composite of these Four Sons, the four types of Jews. To some extent, we all want meaning; we’re searching and thinking — like the first son. Yet sometimes we treat life as a joke and we rebel — like the second son. And sometimes it takes a sunset or suffering to arouse us to think and change — like the third son. And at times we feel apathetic, walking around in a daze — like the fourth son. These are the Four Sons within each of us. (From Aish.com)

The Four Sons represent the generations of Jews:

In his commentary on the Haggadah, Elie Wiesel (1993) writes of Rabbi Samson Raphael Hirsch, a leader of the orthodox German Jewish community who believed that “the four sons symbolize four generations. The first follows the precepts of the father, the second rebels against them, the third submits without understanding them. As for the last, he doesn’t even know that he doesn’t know.”

The story of the Four Sons reflects different perspectives of Passover and teaches that no matter what view one has about the Passover festival, the meaning of the Passover festival is the same in response to each view: that one should remind oneself and feel grateful for the deeds done by G-d for the Hebrews so long ago. (From www.angelfire.com)

In the section called the “Four Sons,” the Passover Seder very wisely recognizes that different children learn differently, depending on their disposition, level of knowledge, age, etc.

The wise son almost always follows the rules.  He wants nothing more than to learn from his teachers and to use his learning for the good of others. A lifelong learner, he embodies the spirit of tradition, and uses his skills to live those traditions and pass them on.

The Wicked Son -Why is he wicked? Not because he is not learned; he knows enough to ask questions! And not because he doesn’t care; he is sitting at the seder table. His problem is that he separates himself from those around him, and in so doing, he becomes increasingly self-centered. The wicked son’s choices are about what is best for him and him alone. If others have to suffer to accomplish this, so be it.

The simple son is not the cleverest or most knowledgeable, but his heart is in the right place. He asks unsophisticated questions, but he cares deeply about what is right. If we explain simply, and encourage him to participate as an equal, he will grow in his understanding and skill and can make a real contribution.

The fourth son has not had the benefit of having been taught. This is either because he is too young, or because he simply had no access to the proper education. He is not simple, and he is not wicked, but he lacks the knowledge that he needs and does not even know where to begin asking questions. He can be taught, and he can become a great leader, but he needs guidance.

Please enjoy these excerpts as more food for thought. After Passover, I would love to know what you discussed at your own seders and how you looked at these ideas perhaps in your own unique way.