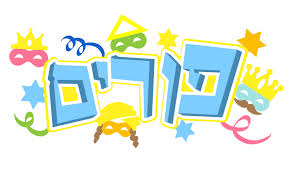 When we think about the Purim story, we immediately think of the central element of the plot, how the Persian Jews were saved through the action plan of Esther. But like all of Tanach, there’s more than one lesson, and when we look again at the characters and the plot there’s always something new that is that is relevant for our own personal lives.

This year, I’ve been thinking about Haman’s character. Haman is the one person in the story who is completely transparent, who puts all of his cards on the table. In a story whose theme is hiddenness and masks, Haman is the one character who is who he is. He does not hide his feelings or his goals; his quest is to become the next king. His power and ambition fuel his every move.

We see this aspect of Haman’s character in chapter 6 of the Megilla. King Achashverosh approaches Haman and asks him: “What should be done to the man who the king wishes to honour?” Haman answers to himself, “Whom would the king delight to honour besides myself?”

Haman’s mind then fills with his deepest aspirations and desires. He wishes to wear the king’s clothing and crown, ride the king’s horse, and be paraded through the streets. According to the Targum Sheini, Haman’s response proves that Haman hoped that in the future he would become the king. Haman is only thinking about his own honour and glory. Ultimately, his mission is turned upside-down, and the king asks him to parade his arch enemy Mordechai in his place.

We need to remind ourselves that Haman was already second in command in the Persian palace. He already had a position of power and authority. So what was it that he wanted? What ultimately caused his downfall?

Well let’s turn back to examine a critical turning point at the beginning of the Book of Esther to understand this. Mordechai refuses to bow down to Haman. Mordechai’s refusal to bow changes enrages Haman, and changes his entire focus. Rationally, it does not make sense that this should have affected him so deeply. Haman could have just ignored this “annoying Jew” or perhaps punished him and moved on. But Haman was so concerned with his overblown ego that the act of defiance became his obsession. His arrogance is what leads to his personal downfall. Obsessed with destroying Mordechai, Haman overreaches, and is hung on the very gallows he built for Mordechai. Haman is all about worshipping his own ego; even one man not bowing to him, even one man holding a superior position to him is too much. And so he must be all powerful, with an ambition that will never be satisfied.

Ambition is an important personality trait. It is important to have goals and to be motivated to achieve those goals. However, Haman’s actions remind us never to cross the line from ambition to arrogance. Haman’s ambition is all about feeding his ego, of continuing to build his own exaggerated self image; and ultimately, his ego is his downfall.

Esther represents the polar opposite of Haman. She is humble, undemanding and selfless. Yet when the time comes, she exercises her power shrewdly, and saves the Jewish people. Her ambition is mixed with

selflessness and humility. And the story of the Megillah reminds us of some the most profound Jewish truths: when things do not go as planned, we need to respond with grace and grit rather than anger and vengeance. And when we are presented with opportunities for advancement, we need to accept them with humility and selflessness.

As we search for opportunities to advance, we need to follow Esther’s model, because Haman’s way ultimately ends in ruin.