The Limits and Loci of Jewish Education

Fourteenth of an Ongoing Series

In a strict sense, most Jewish education (both before and after the advent of the day school) took place in an afterschool or supplementary educational setting called a Cheder or Talmud Torah.  Some of these supplementary schools later morphed into day schools, such as the United Talmud Torahs of Montreal, which became day schools in the 1930’s but maintained their original moniker.  Jewish children, especially in modern Western countries, took advantage of free public schools for their secular education during the day, and attended parochial classes in the late afternoon and on weekends.  And yet, these schools were never the only, or even the main locus of Jewish learning.  That distinction belonged to the home. 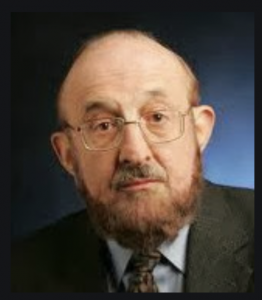 The the idea of the memetic tradition was discovered by Prof. Haym Soloveichik and published in 1994.

The homestead was always the homeroom classroom for the majority of Jewish children during most of Jewish history.  Formal education, even in the form of the Cheder, was often inaccessible, and often limited only to boys.  The home provided a free education which, though not egalitarian, was equally available to boys and girls.  The central laws and values of Judaism were taught at home: how to keep kosher, observe Shabbat, make blessings, respect elders, give charity, and care for the sick.  Parents and grandparents provided the pedagogical power of the home, passing along inherited knowledge and customs, and teaching by example.  This form of Jewish education is called the memetic tradition, meaning teaching through imitation.  The Jewish home was the primary location, and memesis was the main method, of Jewish education throughout Europe until the middle of the 20th century.  If you ask Jews who grew up in pre-war Europe how they know which foods are kosher or which activities are forbidden on the Sabbath, they will never say “my teacher taught me in Talmud Torah,” they will always answer, “that is what learned at home.” 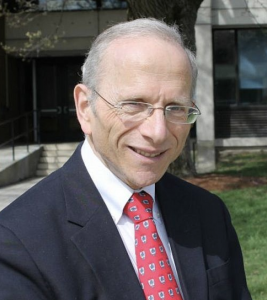 The migration of Jewish education from home to synagogue to school is the theory of Prof. Jonathan Sarna.

After the Holocaust, the home ceased to be center of Jewish learning; the Shoah had destroyed much of the memetic tradition along with most of European Jewry.  Parents in the New World found themselves unable to educate their own children at home and turned to professionals and Jewish institutions to outsource their children’s learning.  Their institution of choice, however, was not the school, but the shul.  While not as organic an entity as the home, the synagogue imitated some of the tropes of the home in being a multigenerational establishment that centered around Jewish ritual.  Generations of children learned Jewish practice and principles in the pews of their synagogues.  Historically, the Jewish classroom has moved from the home, to the synagogue, to the day school (with the Talmud Torah playing a role along the way).

Today, the day school is arguably the most significant educational institution in the Jewish world: consider, numerically, the number of hours of Jewish learning our children receive in school versus in their synagogue or home.  However, I believe we must never diminish the importance of the home and synagogue as loci of Jewish education.  At Akiva we strive to provide an outstanding and unparalleled religious school education while at the same time there are experiences that can only happen, or can best happen, in the multigenerational environment of the home or synagogue.  This is why, at Akiva, we encourage our families to engage Jewishly at home or at their home synagogue, and try to provide opportunities, such as our schoolwide Shabbatonim, to join together in home and synagogue rituals.

The holiday of Purim is next Monday night and Tuesday, and as a school we are spending each day learning the texts, halachot (laws) and minhagim (customs) of the festival.  I would also like to encourage Akiva families to take the opportunity to experience Purim in the home and in the synagogue.  Make your home a center of Jewish learning by baking hamentashen, assembling and distributing mishloach manot, or eating the festive meal (seudat Purim) as a family on Tuesday afternoon.  Use Purim as a time to engage with your synagogue or, if you are not a member, with a local Montreal shul.  All shuls will have Purim programs including carnivals, Purim meals, and Megillah readings.

I would also like to encourage our parents to take the unique intergenerational educational opportunity of listening to Megillah reading with your children on Tuesday morning.  Instead of dropping off your children at their classrooms on Tuesday morning, please bring them to the Shaar and join myself, Tali, and our Grade 6 students for one of the synagogue Megillah readings.  Please click here for more details.

Wishing everyone a happy Purim at home, school, and shul.