The Power of Vayigash 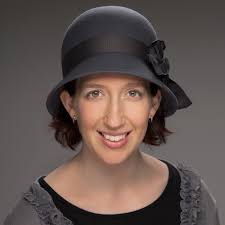 In Parshat Vayigash, the brothers are locked in a struggle against Joseph (although they do not know his true identity, and they think he is an Egyptian ruler). The story unfolds like a dramatic movie or play… perhaps this is why the story of Joseph became a Broadway musical! It is a time of famine, there is brotherly betrayal, fatherly love, and even accusations of espionage. The parsha opens just as Joseph is threatening to keep the youngest brother Benjamin captive, and let the others go free, putting the brothers in a very difficult position. One wonders if Joseph is calculating and intentional, wanting to see how the brothers will react when one of them is threatened. Will they turn their backs on Benjamin the way they turned away from Joseph’s suffering many years before? Will they, instead, step forward and protect Benjamin, showing that they’ve learned from their past mistake? Or perhaps Joseph’s actions are not so intentional, but are motivated by pain and resentment, an attempt at revenge against his brothers. This is quite a dramatic conflict.

Imagine the scene: Judah steps forward, and faces Joseph head on. The verse reads, “Vayigash elav Yehudah” – Judah approaches the Egyptian ruler, his brother Joseph. But the words that leave Judah’s mouth are not aggressive or defensive. They are soft, appeasing, understanding and even comforting. As one commentator explains, the word “Vayigash” – to come close – signifies not simply a physical approach, that Judah is stepping forward. Rather, it is a metaphorical coming close, a reaching out, a bridging of emotional distance.  “Vayigash” implies that Judah reaches out with his heart. He speaks words of compassion, from his own heart, which reach directly into the heart of Joseph. As our Sages teach, “Words that come from the heart, enter the heart.”

Judah’s “Vayigash” moment turns the whole story around. Joseph can no longer hold back his own emotions. Judah’s open-hearted appeal, breaks open Joseph’s callous heart, and he lovingly, through tears, reveals his true identity to his brothers. As he cries “Ani Yosef!” “I am Joseph”, the brotherly connection that had been severed twenty years before, is repaired.

Most of our arguments or conflicts are not so dramatic – otherwise we, too, might be the subject of a Broadway musical! But we often are stuck in a struggle with another person – a friend, spouse, child or parent. The word “Vayigash” is a reminder that in order to break the cycle of hurt or conflict, we must approach the other. To do our own “Vayigash” is to emotionally come close, and attempt to see the other person’s point of view. If we approach with empathy and compassion, and with an open heart, then the heart of the other might just open in response.