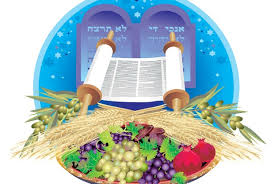 The megilla of Ruth is a beautiful story of a Moabite woman who “cleaves” to her mother in law Naomi, and is in turn rewarded for her acts of extreme chessed by meriting to be the ancestor of King David. The book is a succinct story (4 chapters) with multiple layers of meaning. One of the main ideas that can be noticed immediately is the meaning of the names of the characters in the megilla. There is a play on names which takes place where some of the characters are true to their names while others have double meanings.
The megilla begins with the story of Elimelech (God is my King) and his decision to leave Beit- Lechem /Bethlehem (the house of bread) because there is a famine. Naomi (sweetness) tragically loses her husband and both of her sons, Machlon (circle of joy or disease) and Chilyon (perfection or destruction), and decides to return to Israel. Her daughters in law Ruth (abundance or friendship) and Orpah(turn away) accompany her but after encouraging them to go back to their families, Orpah returns and Ruth remains. When she arrives back in Beit Lechem, Naomi tells the onlookers not to call her Naomi anymore but to use the name Mara, meaning bitterness. Boaz (strength in him) ultimately marries Ruth and they become the ancestors of King David.

One can see that the megilla is truly playing with the meaning of names. Elimelech, who according to the commentaries is a community leader, seems to reject his namesake when he chooses to leave Israel. His faith is clearly not reflected in his actions. Ironically, the king does ultimately come from his family. Machlon and Chilyon marry women from Moav. It seems unlikely that Naomi and her husband would have named their children disease and destruction. They most likely came from different Hebrew roots meaning circle of joy and perfection at the outset, but the irony lies in their ultimate fates which are hinted through their names. Naomi, whose family is blessed with growth, becomes bitter as it is all taken away from her.

The characters introduced later in the megilla reflect the true nature of their names. Though many have interpreted Orpah’s turning her back on her mother in law as negative, her decision to return to her family would be considered acceptable from most of us. Perhaps she is just being true to her name and following Naomi’s wishes. Ruth is also true to her name, however; her actions may be considered more praiseworthy because she did the opposite of what most people would do. She demonstrated a kindness which was different and “beyond the letter of the law”. Boaz too is true to his name and it is his acts of kindness that give strength to both Naomi and Ruth, allowing them to thrive and carry on the family name.

When we name our own children, we give them names which reflect our hopes and dreams for them. We name after other family members, to inspire them to follow the values held by those we are honoring. The act of naming is our first bit of identity that we give our children. However, the name comes with a legacy and ultimately it is up to us to prove that we are worthy of our names.