Parshat Behaalotcha – The Dual Sounds of the Shofar 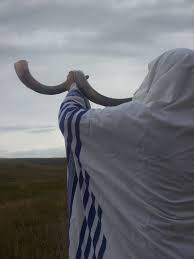 “But when the assembly is to be gathered together, ye shall blow, but ye shall not sound an alarm.”

This week’s parsha in the book of Bamidbar, contains the first reference to the different sounds of the shofar that we are commanded to hear on Rosh Hashana. God asks Moses to blow silver trumpets as the Israelites embark on their journey to the Promised Land. The Torah specifically mentions that there were two sounds: the tekiah and the teruah. What was the difference between the sound of tekiah and teruah?

Why did the Israelites need to have the two different sounds in the desert?

The dual sounds are about two messages that needed to be sent to the people of Israel. They were both practical sounds and spiritual sounds. On a practical level, there was a need to differentiate between the call to gather together for information from Moshe and the signal to begin to travel ahead. The Torah says that the tekiah or straight sound was the message to assemble together and the teruah (short blasts) was the sound to begin moving.

There is also a significant spiritual meaning to these sounds. The theme of repentance is central to the holiday of Rosh Hashana. It is a time for spiritual renewal but also a time to connect to our hidden potential. The tekiah represents our need to gather together on a communal level, ready to embark on a new journey for the year of growth as a people. The teruah is the crying out that we do on a personal level in order to recognize that to actually move ahead, we must recognize our own individual weaknesses and challenges. After we cry out, we are ready to move forward.

The sound of the tekiah also reminds us to reflect upon and believe in the ideas of liberation and redemption, without losing hope. All along the journey through the desert, the Israelites challenged Moshe as a result of the conditions in the desert. The tekiah was the reminder to the Jewish people to have hope despite these challenging conditions and to come together always remembering the redemption from Egypt. The sound of the teruah teaches us not to lose sensitivity towards other human beings’ suffering, even if we are engaged in war. The teruah was a call to movement and a preparation for the battles that lay ahead. The sound of the teruah was to ensure that the moral compass of the Jewish nation was always maintained even as they prepared for the road ahead which was to include wars with other nations.

When we hear the sounds of the shofar, we are reminded to think about hope, redemption, and moving forward as a nation. These are lessons that we must continue to teach to our children to ensure the physical and spiritual integrity of Klal Yisrael.