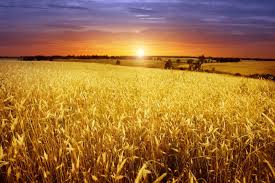 The Sabbatical year is a remarkable utopian idea. The Torah tells of the “shemitta”, how every seven years the nation shared a remarkable experience;  that in the seventh year, private fields were opened up to the public, to be enjoyed by any living being, and indentured servants  wo had extended multiyear commitments were sent home to freedom.

There are many commentaries on the spiritual purpose of the shemitta, but there is one in particular that I think holds a crucial lesson for us about our community. Rabbi S.D. Luzzato (Shadal) explains that the purpose of shmitta is to give society a moral and economic “reboot” every seven years, to ensure that we appreciate of the equality of all people.

The purpose of the year of Shemita was to have both the rich and poor together refrain from work. Luzzato (Shadal) writes:

“If everyone rests together, the lines that separate the classes are blurred….. (And) by forsaking one’s produce, the socio-economic differences between rich and poor are reduced.  For one year, all have the same rights to the crops in the field and all go together to collect their food.” (Al Hatorah.org)

The gathering of food together during the shemitta year had both economic and moral lessons. What would actually happen before the seventh year? The Torah tells us that in order to prepare for the seventh year, the community had to work together to store food which could be distributed to all people in the year of shemitta and the following year. The fact that the community needed to work together to prepare resulted in creating a sense of responsibility toward one another. Moreover, the fact that all Jews had to gather food from the wild plants that grew in the fields, brought people from all backgrounds face to face on a physical level. There was no gap, difference or separation between the rich and the poor during this year. The moral lesson of everyone being created as equal in the eyes of God was front and center during this year, serving as a strong and powerful reminder of the need to treat others as equals.

The message of the Shemitta year is also about the fragility of life and the role of hope. When the rich and poor people of a community come together face to face, there is a subtle message that goes to both sides – “that could be me.” When those who are “poor” interact with others who have been blessed with more economic success, they have hope that they too can achieve success. But at the same time, the people with the blessings are reminded that everything can change so quickly and fortunes and fame can be lost in a fleeting moment.

The “reboot” every seven years which is programmed into our Jewish lives makes the message of recognizing the equality of all men and women important and real. Even if today it is considered too economically difficult for most people in Israel to do, the message behind the mitzvah is one we always have to remember: the equality of man, and how we need to share our hopes and our challenges.