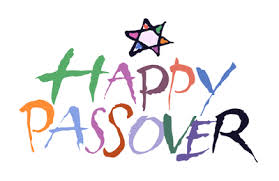 The goal of our Seders is to engage our children in dialogue about the story of leaving Egypt. Here is a little humour to help bridge the serious moments with the song and food of the evening. Print them and put them under everyone’s plate to help keep the children awake and smiling.

Enjoy and have a wonderful holiday with your family and friends.

In order to keep my kids and their cousins entertained during Pesach, I have a “Joke Bank” an envelope in which I keep the following jokes, all printed out on little slips of paper. If the kids get wild, I say, “pay attention for the next ten seconds and you’ll get to pick a joke.” They love it. Of course many of these jokes are groaners, but, hey, they are the best the internet has to offer.

Q: Why do we have a “Haggadah” at Passover?
A: So we can Seder right words.

A British Jew is waiting in line to be knighted by the Queen. He is to kneel in front of her and recite a sentence in Latin when she taps him on the shoulders with her sword. However, when his turn comes, he panics in the excitement of the moment and forgets the Latin. Then, thinking fast, he recites the only other sentence he knows in a foreign language, which he remembers from the Passover seder:

Puzzled, Her Majesty turns to her advisor and whispers, “Why is this knight different from all other knights?”

A little boy once returned home from Hebrew school and his father asked, “What did you learn today?”

He answered, “The Rabbi told us how Moses led the children of Israel out of Egypt.”

The boy said “Moses was a big strong man and he beat Pharoah up. Then while he was down, he got all the people together and ran towards the sea. When he got there, he has the Corps of Engineers build a huge pontoon bridge. Once they got on the other side, they blew up the bridge while the Egyptians were trying to cross.”

The father was shocked. “Is that what the Rabbi taught you?”

The boy replied, “No. But you’d never believe the story he DID tell us!”

Then, a fish from that wall of water told Moses that he and his family heard the complaints of the people, but that they through their own gills could remove the salt from the water and force it out of their mouths like a fresh water fountain for the Israelites to drink from as they walked by.

Moses accepted this kindly fish’s offer. But before the fish and his family began to help, they told Moses they had a demand. They and their descendants had to be always present at the seder meal that would be established to commemorate the Exodus, since they had a part in the story. When Moses agreed to this, he gave them their name which remains how they are known to this very day, for he said to them, “Go Filter Fish!”

A group of leading medical researchers has published data indicating that Seder participants should NOT partake of both chopped liver and charoses. It seems that this combination can lead to Charoses of the Liver.

Pharaoh’s daughter, she pulled a profit out of the water.

The Jews are camped in front of the Red Sea. They see the Egyptian chariots approaching. Moses turns to his PR man.

Moses – “Nu, where are those boats you got us?”

PR Guy – “Boats? You didn’t say nothing about any boats.”

Moses – “So what do you want I should do? Part the waters and we can all just walk across?”

PR Guy – “If you can swing that, I’ll get you your own chapter in the Bible!”

Did you know that the horseradish root goes back in time as far as the matzoh does? The horseradish root also crossed the Red Sea with the fleeing Israelites. The Israelites were slaves at the time and only had access to a few vegetables. The hard and woody horseradish was one of them and was a household staple.

Nearly all the fleeing Israelites took horseradish with them. Moshe and Sadie, however, while gathering up their scant belongings, found to their dismay that they had run out of horseradish. Sadie immediately sent Moshe into the field to dig up a large horseradish root to take with them. However, because it was dark and everyone was running around in panic, Moshe dug up a ginger root by mistake.
After forty years in the desert, the Israelites finally entered the Promised Land – all, that is, except Moshe and Sadie. It took them forty-one years to arrive. When asked where they had been, Sadie, now grown old, shrugged her shoulders and replied, “Moshe insisted on taking an alternative root.”

Moshe has been living in Poland all his life, but just before the 2nd World War, he sees big trouble coming. So he sells all his assets, converts them into gold and then melts down the gold to have five sets of false teeth made for him. He flees Poland and after much travelling, arrives at Ellis Island, New York, where he is interrogated by an immigration official who also goes through the contents of his battered suitcase.

When the official sees the 5 sets of false teeth, he asks Moshe why he has so many. Moshe replies, “As you might know, we orthodox Jews have two separate sets of dishes, one for meat and one for dairy products. However, I’m so kosher and religious that I also need to have separate sets of teeth.”
The official is confused. “Well that accounts for two sets of teeth. What are the other three for?”
“Well,” Moshe replies, “we ultra-Orthodox Jews also use separate dishes for Passover and I’m so observant that I need two sets of Passover teeth to go with the dishes, one for meat and one for dairy food.”
The official is still confused. “You’ve convinced me that you’re a highly religious man and I accept that you therefore need four sets of teeth. But what about the fifth set?”
“Well, to tell you the truth, mister official,” replies Moshe, “every once in a while I like to eat a ham and cheese sandwich.”

After the tenth plague, the slaying of all the Egyptian first born, the Pharaoh told Moses the Jews were free to leave Egypt. So, the Jews packed their carts with their belongings and tried to leave. The problem was, with all the dead Egyptians, the funeral homes could not handle the demand. The end result was streets littered with coffins. With the streets impassable, the Jews couldn’t get there carts out of their driveways.

They complained to Moses. “We can’t get out of Egypt unless you do something about these blocked streets”. Moses in turn, called out to God. “Lord, please do something about this coffin problem.” With all the commotion, it was hard for God to hear what Moses was saying. He thought Moses said ‘Coughin” and responded by turning all the wine into cough syrup. And that is why, to this day, Jews drink Passover wine that resembles cough syrup.