Since the dawn of humanity, most nations have lived their lives by the sun.  Ancient peoples turned the sun into a god; they looked to the most powerful body in the sky—the source of light, warmth, and life itself—and worshipped it as a deity.  Apollo, Athena, and Helios were all Greek sun gods, and in ancient Egypt they venerated the sun god Ra.  The solar calendar was, and remains, the way that the world marks time—the change of the seasons and the cycle of the year follow the movement of the earth around the sun’s orb.

The Jews have always been different.  We follow the moon.

The choice of the Jews to follow the moon and ignore the sun is perhaps a repudiation of the exaltation of any heavenly body, altogether.  It can be seen as part of our radical monotheism.

It is also possible that we relate to the moon because it is the smaller and more modest of the two heavenly bodies, just as Jews have found ourselves as a nation in the shadow of greater empires, and as lone extollers of the virtue of modesty.

The waxing and waning of the moon also remind us of cycles of greatness and struggle that have marked Jewish history.  We, like the moon, often seem as if we are bound to disappear forever, and yet we return each time to illuminate the darkness again. 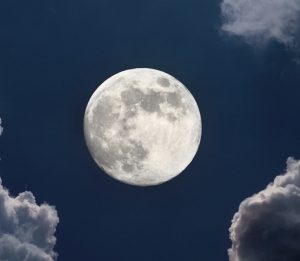 This past Shabbat we observed Shabbat HaChodesh, which celebrates God’s command to establish a lunar calendar.  This commandment was the first mitzvah given to the Jewish people, establishing an everlasting connection between the Jews and the moon. This past Shabbat was also Rosh Chodesh, which marks the appearance of the new moon itself, and the beginning of the Jewish month.

While the moon is central to all of the Jewish people, Rosh Chodesh, the celebration of the new month and the new moon, was vouchsafed as a special gift to Jewish women.

There is an ancient Jewish tradition that Rosh Chodesh was given as a perpetual reward for Jewish women in recognition of their non-participation in the sin of the Golden Calf.  While the Israelite men gave their gold and jewelry to build the idol, Jewish women did not.

To this day, Jewish women have maintained a special connection to Rosh Chodesh.  Jewish law encourages women to refrain from working on Rosh Chodesh, and in modern times, Rosh Chodesh is marked by special prayer services led by women.

Last week we celebrated the Akiva Group Bat Mitzvah.  The event was made extra special this year because it fell during the week of Rosh Chodesh.  As part of the ceremony, our Bat Mitzvah girls recited the special Torah reading for Rosh Chodesh, which was also read this past Shabbat in synagogue.  We were so delighted that the entire Grade 6 class was able to celebrate this special event and see their classmates reach the age of mitzvot.  We hope that every time our students see the moon they are reminded of this very special day in their lives, and the unique connection that they, Jewish women, and the Jewish people, have with the great light of the night sky. 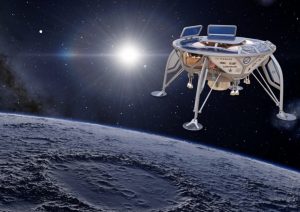 Artist’s conception of Beresheet landing on the moon.

As we go live with this week’s Akiva Weekly, the State of Israel is poised to become the fourth nation in the world to land on the moon.  The lunar orbiter Beresheet is planning to touch down on the moon today, reimagining the Jewish connection to the moon that began over 3,000 years ago.