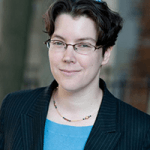 Our parsha, Miketz, continues the drama of Joseph and his brothers. Towards the end of the parsha, Joseph – whose brothers sold him into slavery – has risen to power as Pharaoh’s right-hand man. His brothers and their families, meanwhile, are in Canaan, threatened by famine. Their father, Jacob, hears of one possible solution: “Now Jacob saw there was food in Egypt” (Gen. 42:1).

We are currently in the midst of Chanukah, our Jewish holiday of hope. I always remember the story told by Rabbi Hugo Gryn, who was a child in Auschwitz when his father melted the precious margarine ration to light a Hanukkah candle. Hugo protested. His father said, “My child, we know you can live three days without water. You can live three weeks without food. But you cannot live for three minutes without hope.”

Both our parsha and this holiday remind us how important it is to have hope; even – especially – when the world seems dark. God willing, our children will never encounter extremes of despair, as Joseph did when his brothers sold him, or as Jews experienced in Auschwitz. But my hope is that we can teach them resilience – and we can start by modelling it ourselves.