Parashat Noah – Can you qualify perfect? 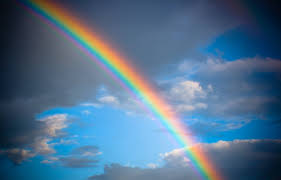 Monday morning we celebrated my eldest daughter’s Bat Mitzvah.  As some of you may know, my daughter was born 10 weeks early – after a difficult and tenuous pregnancy – and weighed only 1080 grams, or 2 pounds, 6 ounces.  She spent 51 days in the NICU and still only weighed 4 pounds, 6 ounces when we brought her home a few days before Rosh Hashanah.  She grew extremely slowly and feeding her was a daily struggle.  I still remember that on my first Mother’s Day, I fed her 9 times in order for her to keep down 5 feedings – and in between I washed the floor and changed her clothes and mine.  At 12 months old, she weighed 12 pounds.  Do you remember how much your babies weighed at 1 year?

Monday was a special day.

As part of her Bat Mitzvah preparations, my daughter learned how to read from the Torah, and she read from Parashat Noah in synagogue.  As I said in my speech that day, the words of the Torah have never sounded so sweet to me.   My daughter does not enjoy the spotlight at all, and yet she spoke from the bima 4 times, confidently looking at her audience and smiling; and her reading of the parashah was clear and flawless .  For all these reasons, and because of all we’ve been through getting to this day, the service was especially meaningful, and the milestone emotional.

But, as I also quoted in my speech from my daughter’s favourite book Harry Potter, Albus Dumbledore said, “It matters not what someone is born, but what they grow to be.”

The parashah begins with the following verse: “These are the offspring of Noah – Noah was a righteous man, perfect in his generations; Noah walked with God.”  One would expect to find a list of names after the phrase “these are the offspring of Noah” and yet instead, we are told what kind of man Noah was.  Rabbi Abraham Ibn Ezra (12th-century Spanish scholar) and Rabbi David Kimchi (12th-century French grammarian and exegete) both addressed this question by explaining that, in this instance, the Hebrew word toldoth, usually translated as “generations”, has the sense of “happenings” or “stories” and so, in fact, the verse is saying: this is the story of Noah or this is what happened to Noah.  Rashi, however, explains that Noah’s righteousness is mentioned right after the introductory phrase, “These are the offspring of Noah,”  to teach us that the main progeny – or the main achievements – of righteous people are their good deeds.

My daughter was born a fighter, with survival instincts so strong they sometimes get in the way of vitality and adventure. Nonetheless, she has grown to be kind and loving, affectionate and caring.  In a way, her prematurity is really my story.  Who she has grown to be is the beginning of her own.

The rabbis of the Talmud debated why the verse qualified Noah’s righteousness with the phrase, “perfect in his generation.”  Some argued that we are to understand from this that because of the evil people amongst whom Noah was living, he was considered righteous, but had he lived in the time of Abraham, he would not have been considered anything special.  Others argued the opposite, that the text is emphasizing that Noah was righteous despite living in a generation of evil;  had he lived among righteous people he would have been even more righteous.  As with many issues discussed by the rabbis, there is no final consensus or “right answer,” just two different ways of looking at the text.

With my thoughts focused on my daughter and our journey towards Monday’s Bat Mitzvah, this debate reminds me of when and how we compare and evaluate our children’s development.  When did they sit, stand, crawl, walk, talk, or read?  We try not to compare with their peers; we try not to worry; we tell ourselves each child develops and learns on his/her own timeline.  But we are unsure of what “perfect in his generation” really means.  Is it a good thing or a bad thing?  I think the ambiguity and uncertainty of this phrase is a fitting contrast to the unequivocal “Noah was a righteous man.”  Our children are pure and perfect, but how these qualities manifest becomes less sanguine in the real world.

The verse ends with the phrase: Noah walked with God.  The rabbis explained that Noah’s situation was like the friend of a king who was sinking in mire, and the king noticed and said to him, “Before you sink in the mire (mud, bog, or unpleasant, difficult situation), walk with me.”  God noticed that Noah wanted to escape from the evil and corruption around him, but didn’t know how, or couldn’t do it on his own, and therefore, God said “walk with Me”, and the text tells us he did.  Additionally, God gave Noah very specific instructions for how to build the ark – the dimensions it should be, the materials he should use, and which passengers to take aboard; you could ask why God needed Noah to build an ark at all?  He could have found other ways to save Noah from the flood.

As I explained to my daughter on Monday, the Torah teaches us here that Noah had to learn that he had the ability to look after himself and his family, and he had to find the strength and courage within himself to follow God’s commands.  God provided Noah with all the information he needed, but Noah had to do it himself.  This, as a mother of a long-awaited much-cherished preemie, has been the most difficult lesson for me to learn.  We were given a miracle; God saw my daughter’s strength and will to survive and “walked with” her towards life.  Teaching her, letting her, encouraging her to do things on her own, and convincing her that she is capable has been our challenge, albeit one that comes from love and an instinct to protect.

I do not believe I am alone in this challenge and I try not to be too hard on myself.  The story of how she was born is part of my narrative.  Who she is growing to be will be her story.  In my eyes, she is perfect.  No qualification is necessary.