Parashat Yithro – “You will surely weary”

Deborah Abecassis Warshawsky.  An Akiva parent, Debbie has an MA and PhD in the history of Jewish Bible Interpretation from McGill University as well as a Masters in Library and Information Science (MLIS) also from McGill. 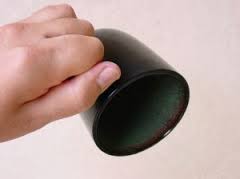 I saved a picture of an empty coffee cup on my phone.  The photo was captioned: “You can’t pour from an empty cup; take care of your self first.”

I am much better at taking care of everybody else than myself.  I like feeling that I am organized, productive, efficient, self-reliant, responsible, compassionate and helpful.   And I gloss over the the basic needs (food, sleep, exercise, fun) I have been known to deny myself in order to get through my list for everybody else.

But my cup feels pretty empty, and I’ve been trying to find new ways to put myself on the top of my list of daily responsibilities.

Ironically, it is my daughter who reinforced to me that I have to learn how to take care of myself – for her (if not also for me).

Like me, she is organized, self-reliant and responsible (and compassionate and helpful).  But also like me, she intuited that that meant she had to be invisible.  She thought everybody else needed me more than she did, so not only did she not ask for the attention she was lacking, she hid her troubles and her concerns from me so as not to shatter the image of competent and proficient.

This was a heartbreaking punch-in-the-gut kind of moment.

It’s hard to model asking for help and reaching out to loved ones, when you never do it yourself.  I never wanted her to think that being capable meant not looking out for yourself or that her needs didn’t matter as much as those who demanded attention louder and more often.

In this week’s parashah, Moses’ father-in-law, Yithro, comes to meet up with Israelites near Mount Sinai and brings Moses his wife and two sons.

The family celebrates together, and the next day Moses goes back to work:

“It was on the next day that Moses sat to judge the people, and the people stood by Moses from the morning until the evening.”

Yithro sees how Moses sits alone with the people all day and he asks him what he’s doing and why.  Moses explains:

“Because the people will come to me to seek God.  When they have a matter, one comes to me and I judge between man and his fellow and I make known the statutes of God and His law.”

In other words, all day long Moses sits before a line of people who come to him to mediate their affairs and grievances, and in the process, he tries to instruct them in God’s laws.  His father-in-law immediately assesses the situation and says:

“The thing that you do is not good. You will surely weary – you as well as the people that is with you – because the matter is heavier than you, you will not be able to do it alone.”

Yithro realizes that it is not healthy, nor in the best interests of the people, for Moses to devote all day, everyday, to arbitrate the people’s problems.  He advises him to assign different hierarchies of leaders whom Moses will instruct in God’s teachings and who will be responsible for judging the people regularly and for addressing all minor issues.

“If you do this thing – and God will command you – then you will be able to endure, and this entire people as well shall arrive at its destination in peace.”

From the start, we’ve seen Moses as a reluctant leader, unsure of how to inspire the people and guide them and often relying on God for what to answer the people’s complaints.  If he viewed his leadership as a form of self-sacrifice in his devotion to God, then he failed to understand the necessity of boundaries in order to endure in this position.

I seem to have missed that lesson in boundaries and balance as well.

Yithro taught Moses that his cup was going to run out, and both he and the Children of Israel would suffer.

Moses listens to Yithro immediately and sets up a new system of judges and advisors.  I find it interesting that this particular element of Moses’ leadership was taught by his father-in-law and not God.  If setting up a hierarchical system and delegating tasks was the right step for Moses to take, why didn’t God command him to do this first?

I’d like to think it’s because there is no one right way to take care of yourself.  If God had commanded it, it would have had to be done exactly as He said.  But figuring out what works for your life and your family and your tasks is personal – everybody needs to organize themselves in a way that considers one’s personality, one’s strengths and weaknesses and one’s resources.

And if you’re not sure what these are – ask your children.  They will tell you exactly what you need to know.