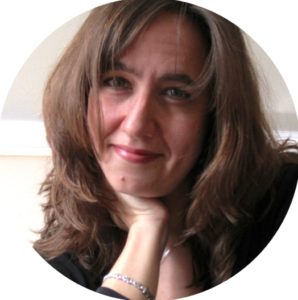 Shortly after Am Israel leaves Egypt, Pharaoh changes his mind and chases after them.  Of course, the Israelites find themselves trapped between Pharaoh’s men and the red sea. When G‑d instructs Moses to raise his staff over the water, the sea opens up, allowing the Israelites to pass through, and then the sea closes on the Egyptian army. After this, Moses and Am Israel sing a song of praise and gratitude to G‑d, known as Shirat Hayam, or Song of the Sea.

Among other things, it is also in this parsha, that manna is introduced, in order to alleviate the hunger experienced in the desert.

I will focus today on Miriam and the song of praise, Shirat Hayam, which is recited every day in shacharit services. This coming Shabbat is also known as Shabbat shirah, and is celebrated with a special musical service (sure to be a lovely shabbat at The Shaar!)

Based on the teachings of the Lubavicher Rebbe, “song is the quest for redemption”. In fact, this parasha is the first time in the Torah when prayer is set to music.

The Midrash refers to ten major songs in the history of Israel — ten occasions on which our experience of redemption found expression in music, and the most well-known is – you guessed it – Shirat Hayam.  Apparently, there were 2 incarnations, or versions of the song: 1 male and 1 female. The men and women took turns singing the prayer. When the men sang, there was joy, and yearning for a more perfect redemption — but something was lacking. Something that only a woman’s song could complete.  For it was led by Miriam, with her deep well of feminine emotions, with her female capacity for determination and hope, that brought the power of feeling unique to womankind to the Shirat Hayam.

According to an ancient tradition, the Israelites saw Miriam as one of the three central figures leading the Jews during the exodus from Egypt, and through the wilderness. The Talmud says “Israel had three fine leaders, namely: Moses, Aaron, and Miriam”.

Other than the “anonymous” assistance given in Moses’ birth and the description of the “rebellion” against Moses, the Torah says little about Miriam’s leadership qualities.  It is only through this parasha, that we come to understand why Miriam was so highly regarded.

The parasha attests, first of all, to Miriam’s personal initiative: “Then Miriam… took a tambourine in her hand.” Which is also mentioned in the midrash explaining that: “Taking the initiative is the main thing”.

Miriam also sparks the women’s enthusiasm, and they follow her lead: “and all the women went out after her in dance with tambourines”, which underscores Miriam’s great influence.

Finally, thanking Hashem through song reaches a new level of creative expression, thanks to Miriam and the other women, who incorporated musical instruments and dance in to their spiritual process.

So what does this mean for us?  Well, selfishly, I gravitated towards this part of the parasha because Miriam is in fact my Hebrew name, and I love to sing.  But for all of us, I think the messages are simple and true: